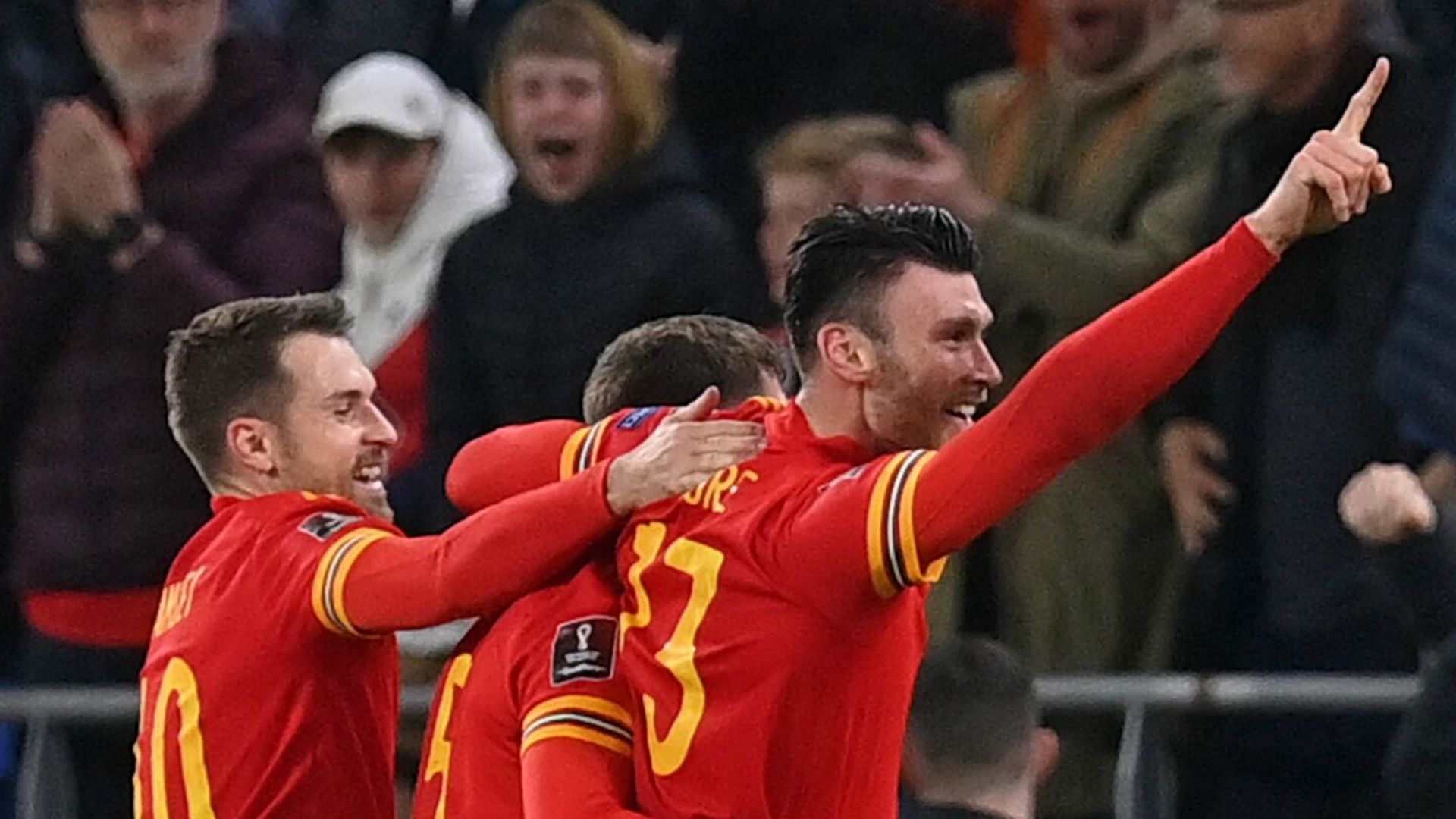 Wales held Belgium to an exhilarating 1-1 draw to guarantee second place in World Cup Qualifying Group E and a seeding in the draw for the Qatar 2022 play-offs.

Kieffer Moore’s eighth international goal and a stout defensive display against the world’s No.1 ranked footballing nation got a spirited Wales over the line after Kevin de Bruyne’s opener on a night of high drama and emotion at the Cardiff City Stadium.

Despite having already assured themselves of a place in the play-offs next March courtesy of their Nations League results, finishing second in the group means Wales avoid the likes of Portugal and Italy in the more favourable side of the semi-final draw.

Wales, who are two games away from qualifying for the World Cup finals for the first time since 1958, could have ended Belgium’s 27-game unbeaten in World Cup Qualifiers late on but a wonder save from Koen Casteels prevented Neco Williams scoring a stunning winner.

The draw was a fitting finale to an encouraging 2021 for Rob Page and Wales, who await their World Cup play-off fate in the draw on November 26.

The play-offs are a 12-team mini-tournament from which the final three European places will be awarded. They will feature the 10 qualifying group runners-up and two teams based on Nations League rankings. The 12 teams will be seeded and split into three pots of four, each of which will stage their own (one-legged) semi-finals and a final on March 24 and 29 respectively. The winners of the three finals will advance to Qatar. The draw for these matches will take place on November 26. Scotland already know they will be seeded, meaning a home semi-final. Italy, Poland, Portugal and Sweden are among the other teams heading to the play-offs.

Wales eagerly await the World Cup play-off draw on November 26, 2021, where they will learn their fate and who stands between them and a place at Qatar 2022.