Pierre Gasly finished fastest ahead of the Red Bulls in a wet final practice for the Turkish GP, which hinted at a tricky and thrilling qualifying as plenty of drivers lost control of their cars.

Rain showers through the morning at Istanbul Park have spiced up the Saturday track action that already looked likely to be unpredictable, with Lewis Hamilton the man in form on Friday but facing a 10-place grid penalty and championship rival Max Verstappen struggling for pace.

In third and final practice, Gasly was the first driver to brave the circuit on wet tyres and finished as the fastest man on track on intermediates with a 1:30.447 in his AlphaTauri.

Verstappen did show more form in the wet than he had previously in the dry, ending the session a tenth off Gasly, and he was followed in third place by Red Bull team-mate Sergio Perez. 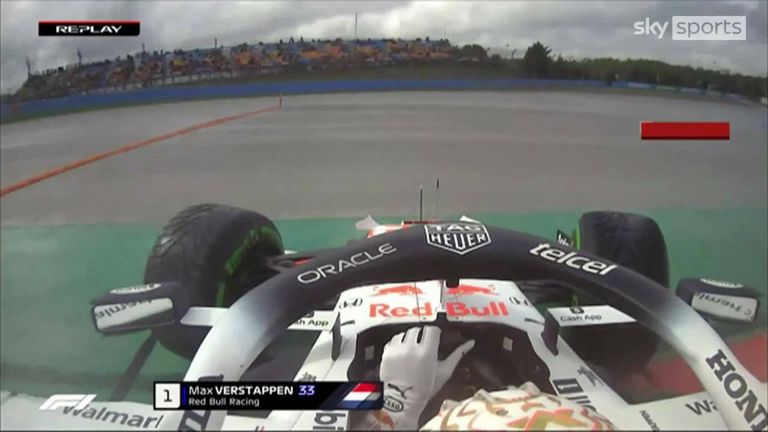 The Dutchman was however also one of many drivers to spin on the sodden Istanbul Park circuit, while George Russell even brought out a red flag with a big moment.

Russell got a snap of oversteer in his Williams into Turn 2 and went spinning, beaching his car in the gravel.

Track conditions improved through P3 – so much so that drivers were considering slick tyres at the end – and there isn’t expected to be more rain before qualifying begins at 1pm, live on Sky Sports F1.

“It could start on intermediate tyres and then dry out,” said Sky F1’s Karun Chandhok. “Much like in Sochi, it’s going to be very exciting towards the end.” 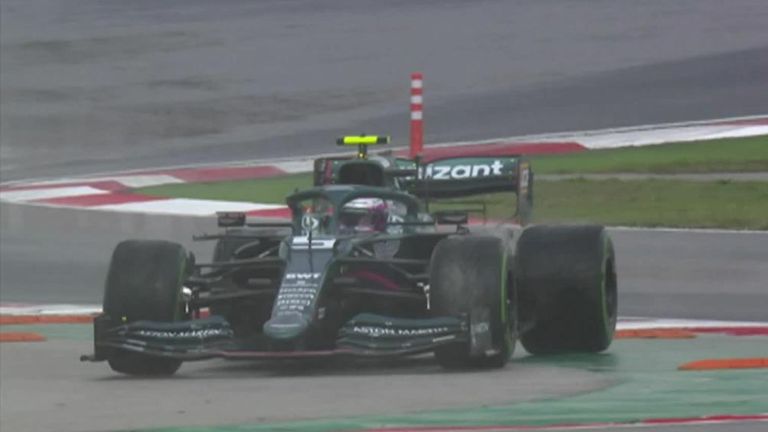 Sebastain Vettel spins off track in his Aston Martin during practice three at the Turkish Grand Prix.

Sebastain Vettel spins off track in his Aston Martin during practice three at the Turkish Grand Prix.

Hamilton, who will start Sunday’s race 10 places lower than his qualifying position as a result of his new Mercedes engine, finished down in 18th, completing only one flying lap on intermediate tyres before returning to the pits.

The Ferraris, though, were again competitive as Carlos Sainz, who also has an engine penalty, and Charles Leclerc finished fifth and sixth, ahead of Fernando Alonso and Kimi Raikkonen.

Valtteri Bottas was the lead Mercedes in ninth.