Half-back Tui Lolohea has agreed to join Huddersfield on a two-year contract; The Tonga international was part of Watson’s Salford teams which reached the Super League Grand Final and Challenge Cup final

The 26-year-old former New Zealand Warrior moved to Super League in 2019 to join Leeds Rhinos, but failed to settle at Emerald Headingley and left for Salford later that year in a swap deal involving Rob Lui.

Lolohea went on to help the Red Devils reach both the Grand Final and Challenge Cup final under Watson and has now followed his old boss to the John Smith’s Stadium on a two-year contract.

“We know what Tui is good at – he’s good at running the football and breaking into open space,” Watson said.

“He’s got unbelievable footwork. He’s also a strong boy – If you get him in open space, there’s not too many that can stop him.

“I’ve worked with him for a couple of years, I trust him and what he does. We’ve built a great relationship and we’re good at working together to get the results we want.

“When he gets his eyes up and plays off the cuff, he’s a great player to have in our side.” 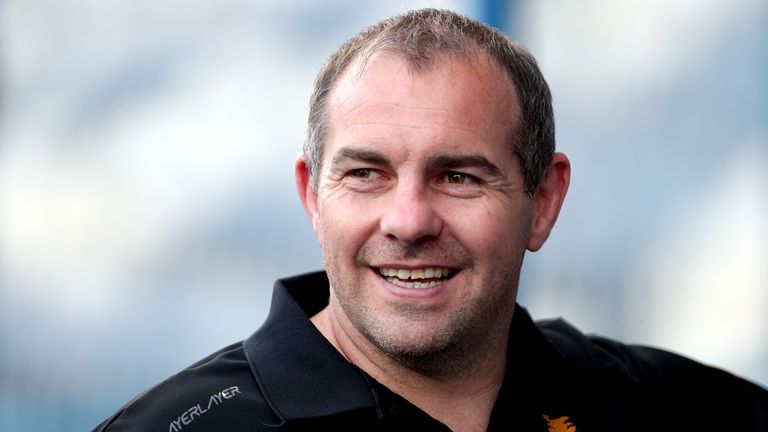 I’ve worked with him for a couple of years, I trust him and what he does. We’ve built a great relationship and we’re good at working together to get the results we want.

Lolohea is expected to line up alongside France international Theo Fages, who is thought to have agreed to join the Giants from St Helens as Watson secures replacements for outgoing half-backs Aidan Sezer and Lee Gaskell.

The Tonga international is looking forward to working with the former Wales international again, having kept in contact with him following his departure from the Red Devils.

“I know Ian Watson and his philosophy and what he wants from the team,” Lolohea said. “I’m close with him, we text and talk and I’m looking forward to winning games and trying to get some silverware with this club.

“He wants leadership first and foremost, there’s a lot of young players coming through so trying to help them and build their game.”

Lolohea scored 14 tries in 55 appearances for Salford and leaves the club with the best wishes of director of rugby and operations Ian Blease.

“Tui has been exceptional during the two years he was a Red Devil, playing a massive role in helping the club achieve back-to-back major final appearances,” Blease said.

“He came to us during a tough time in his career but has shone throughout his stint with us and it’s safe to say his game has definitely improved. We wish Tui and his family all the best for the future.”