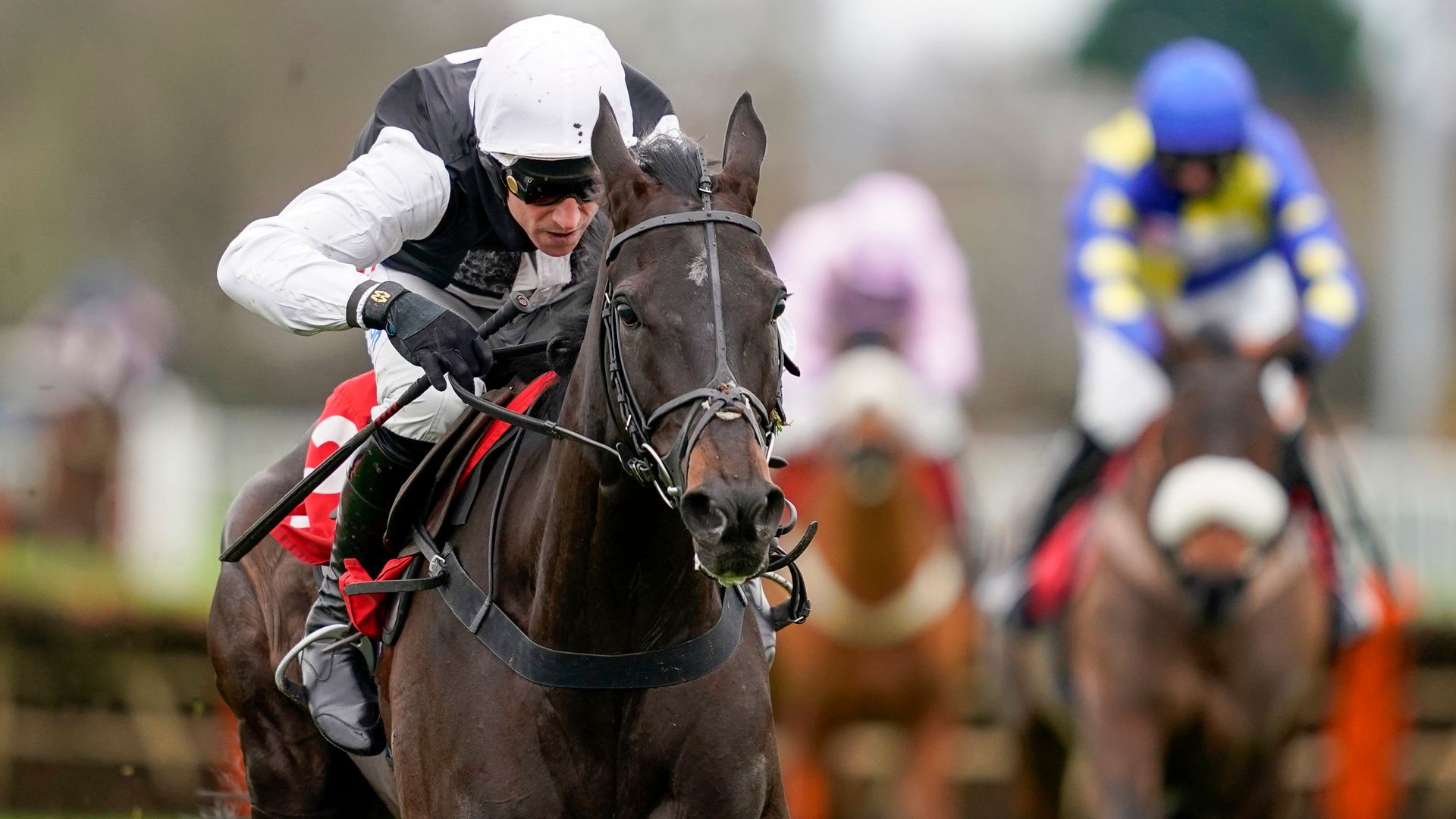 Dan Skelton is looking forward to giving Third Time Lucki his debut over fences in the squareintheair.com Novices’ Chase at Cheltenham on Friday.

The Alcester trainer reports the six-year-old to be ready to return to the fray after a long break since he signed off over the smaller obstacles with a creditable fourth-placed finish in the Grade One Top Novices’ Hurdle at Aintree in April.

Skelton has been happy with the way Third Time Lucki’s preparation has gone since he came back into training.

“I’m really happy with him. He’s done lots of jumping. I’ve given him a wind op and he loves decent ground. He’s got a bit of Cheltenham form and I think he’ll go very well,” he said.

Fidelio Vallis is already a four-times winner over fences and was runner-up in a Listed contest at Chepstow on his first run since May.

His trainer Paul Nicholls expects the six-year-old to come on for the run.

“He ran right up to his best at Chepstow 13 days ago when only just denied from recording a five-timer. He led almost all the way there, jumping boldly, before tiring late on after jumping the last fence,” he told Betfair.

“Fidelio Vallis will improve for the run, would probably have won at two miles and will appreciate dropping back down in trip. While he has plenty in his favour at Cheltenham including the ground, I am conscious that he had a hard race at Chepstow.”

Being off since April did not stop Faivoir from getting off the mark over the bigger obstacles at the first attempt.

Skelton was pleased with that effort and the six-year-old bids to back that up in the 888Sport Novices’ Limited Handicap Chase.

“He won at Uttoxeter when I thought he needed the run badly. That’s no bad thing. He’s got loads of hurdling experience. At least he’s had one run over fences,” he Skelton.

“They are all novices and you’ve got to give weight away which he’d have to do if it was a normal novice anyway, so I thought let’s see how we get on.”

Nicholls believes switching to fences will be the making of Danny Kirwan.

“He is a big, scopey type who was always going to be a chaser but he has been a work in progress and has had another op to re-cauterise his palate since he won with plenty to spare at Wincanton in March,” said the Ditcheat handler.

“We have been marking time with Danny over hurdles and I’m hopeful that fences will be the making of him. Given that he jumps well, goes well fresh and the trip of two and a half miles looks ideal, he should be competitive on ground that is in his favour.”

John McConnell expects Bardenstown Lad to be in the mix in the 888Sport What’s Your Thinking Novices’ Hurdle.

“He’ll like the trip – the three miles will be right up his street. His form the last day was franked subsequently,” he said.

“Hopefully he’ll run well. It’s a competitive little race but he’s definitely not out of it.”

The Nicholls-trained Grace A Vou Enki was runner-up at Worcester earlier this month on his British debut. The French import is a half-brother to classy staying handicap chaser Yala Enki.

“I thought he ran very nicely when he was a close and promising second on his debut for us at Worcester at the start of the month,” he said.

“He is a half-brother to Yala Enki and with hindsight we should have made more use of him that day. Obviously he stays well and I’ve no doubt the stiffer track at Cheltenham will suit him well.”

McConnell is hoping Mullaghmore Wave is up to the task in the Abu Dhabi Digital Exchange Handicap Hurdle.

“She’s been progressive and has gone up quite a bit in class. She’s had a nice break and Brian Hayes is coming over to ride her so we’re hopeful she can run very well,” said the County Meath handler.

Nicholls admits being disappointed with Saint Sonnet last term and is trying to get him back on track.

“He didn’t progress as I expected last season after a decent first run in the Paddy Power Gold Cup at Cheltenham. He is back over hurdles as I felt he rather lost his confidence over fences,” he said.

“Saint Sonnet is not the best handicapped horse in England and I expect him to improve for the run as is a stuffy individual. He is wearing cheek pieces again to sharpen him up.”