The NFL is back! That is the catchphrase the league has been using around opening weekend, and it’s fair to say the NFL returned with pomp, circumstance and high degrees of drama in great games that went down to the wire. There were also plenty of shocks, which has become the norm on any NFL weekend…

Five Major Takeaways from Week One

1) Chiefs have too much firepower

The Cleveland Browns gave the Kansas City Chiefs all they could handle at Arrowhead Stadium, leading 22-10 at half-time and 29-20 with 10 minutes and 24 seconds left in the fourth quarter. But Kansas City struck just 14 seconds later on Patrick Mahomes’ 75-yard scoring pass to the explosive Tyreek Hill. 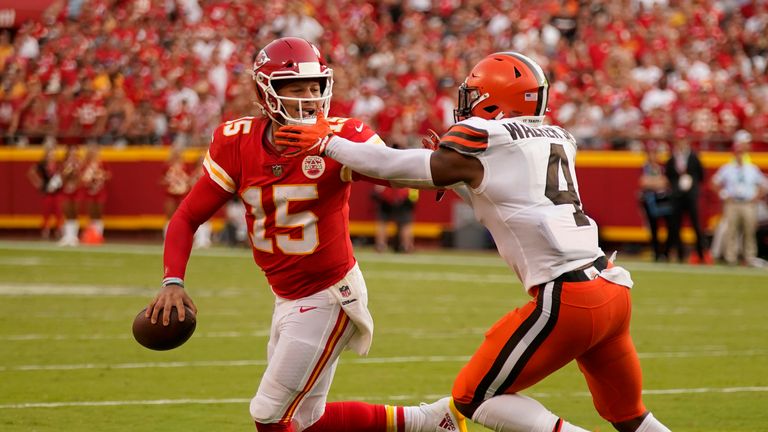 Cleveland scored just seven points and turned the ball over twice after the break and therein lies the problem. You cannot take your foot off the gas at all when you’re facing the Chiefs. Andy Reid’s men are always going to get their points and, while they had to dig deep, I was not surprised to see them come out as 33-29 winners.

2) Jameis takes care of the football!

The New Orleans Saints took on a quality opponent in the Green Bay Packers on Sunday – a team that has reached the last two NFC Championship Games – and totally destroyed them. New Orleans marching to a 38-3 win over the Packers was one of the biggest storylines of the opening weekend.

Jameis Winston came into the contest as the new starter in New Orleans having thrown just 11 passes all of last season. In his last full campaign with Tampa Bay; Winston threw 30 interceptions and his 111 giveaways since entering the NFL in 2015 were the most in the league. 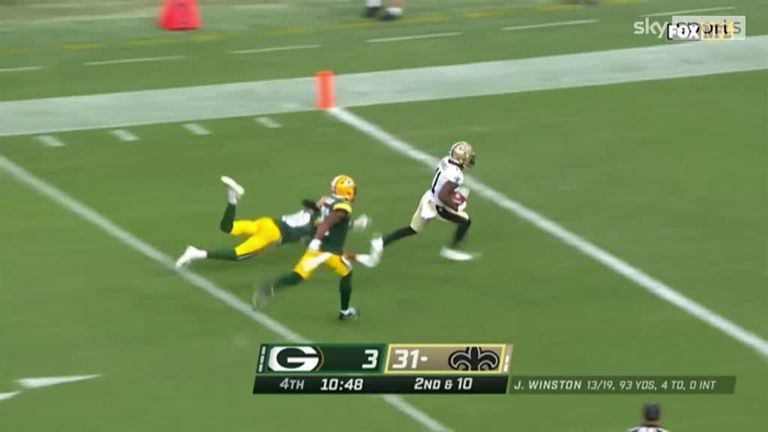 Jameis Winston throws his fifth touchdown pass on the night for the Saints. And with zero interceptions

Jameis Winston throws his fifth touchdown pass on the night for the Saints. And with zero interceptions

But Jameis was flawless on Sunday as he threw five touchdown passes and no picks. By contrast, reigning league MVP Aaron Rodgers did not look happy (stop me if you’ve heard that before) and was flustered into two interceptions behind a poor offensive line before being pulled from the game with much of the fourth quarter still to be played.

3) Do the Rams have a match made in heaven?

We should caveat everything we see in Week One with the warning that it is just one game of football and not a guarantee of how future contests will play out over the course of the season.

Los Angeles Rams fans will be having none of that! All they want is to revel in the brilliance of Matthew Stafford under Sean McVay’s guidance. This marriage between strong-armed quarterback and tactical head coach could be very special indeed.

McVay said he wanted a partner at quarterback and not a student. Stafford was everything the Rams could have dreamed of, and more, in their 34-14 win over the Chicago Bears on Sunday night as he threw for 321 yards and three touchdowns. As evidenced by touchdown strikes of 67 and 56 yards, it’s clear these Rams no longer have to scheme their way down the field. They can score in a hurry.

The Pittsburgh Steelers were not very good on offense in the first half of their game against the Buffalo Bills. They gained just 53 yards and trailed 10-0 at the break. They were only marginally better in the second half but recorded a massive road win by a 23-16 scoreline. 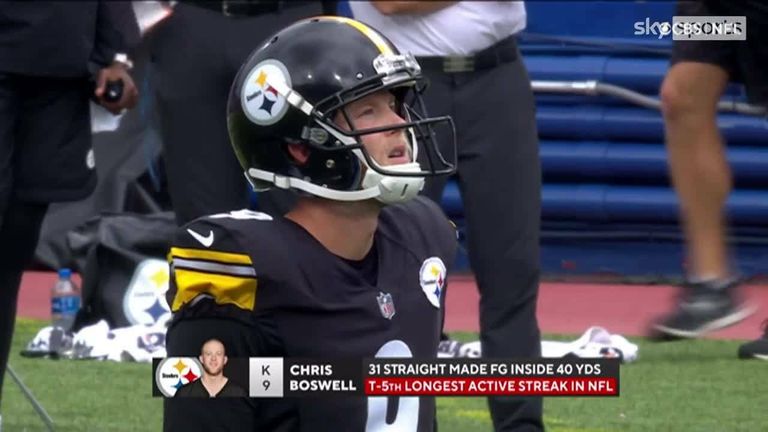 This was a victory built on defense. Time and again Josh Allen tested Pittsburgh’s secondary and his passes and attempts were thwarted over and over. T.J. Watt lived up to becoming the highest-paid defender in NFL history just days before this game as he recorded two sacks and five quarterback hits.

Pittsburgh’s defensive efforts allowed them to basically hang around. Then they struck with a blocked punt return for a score and Ben Roethlisberger’s only touchdown pass of the day. That proved enough for the win – but it would have been nowhere near enough but for the outstanding defensive display. 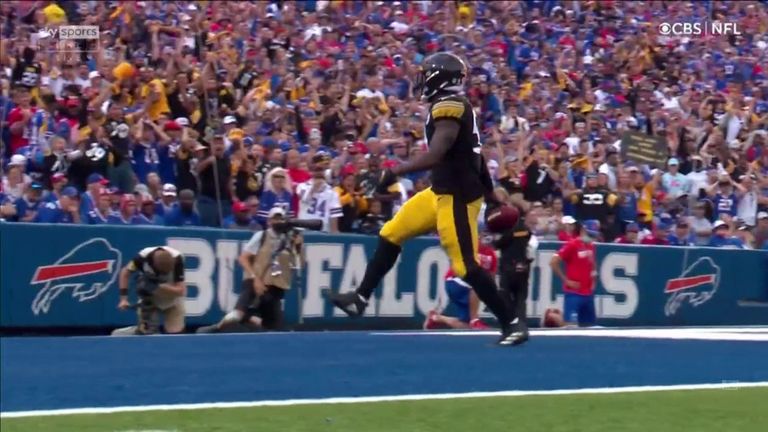 5) Brady and Dak serve a reminder

The Thursday night curtain-raiser proved to be a mini classic as the Tampa Bay Buccaneers recorded a 31-29 win over the Dallas Cowboys. Tom Brady (379 yards and four touchdowns) and Dak Prescott (403 yards and three touchdowns) were outstanding and neither team wanted to take the ball out of their hot hands. 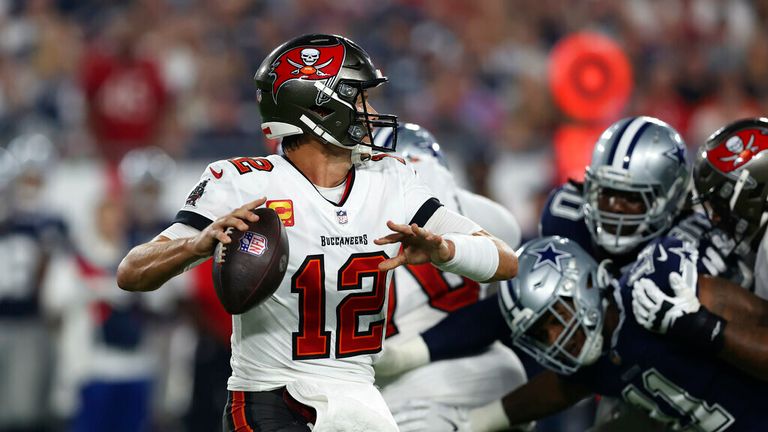 This game served as a reminder that the NFL is now very much a passing league, particularly in the warmer early-season months. Dak threw 58 times, Brady 50. Dallas called 59 passing plays and 18 runs, while Tampa Bay called 50 passes and just 14 runs. No rusher had more than Ezekiel Elliott’s 11 carries during the game.

Both teams will need to run at key times in games and towards the end of the season, but there is no reason to stuff the ball up your jumper when your offenses are loaded with passing game weapons. It was a sign of the modern NFL, but also a sign that Dallas and Tampa Bay are going to light up the skies with their attacks in 2021.

Player of the Week: Chandler Jones

It’s not every week a defensive player records five sacks in a game so Chandler Jones gets the nod ahead of some incredible offensive displays, including one from his own Arizona Cardinals team-mate in quarterback Kyler Murray (who threw four touchdown passes and rushed for another).

Jones was a force off the edge all day long during Arizona’s 38-13 beatdown of the Tennessee Titans. In addition to his handful of sacks, Jones also forced two fumbles and prompted Titans tackle Taylor Lewan to tweet: “Got my a** kicked today. No way around that. I let the team and the fans down.”

Play of the Week

There were some amazing plays, and this section makes me nervous every week because I always forget a play, so my criteria for choosing in this segment each week is going to be this: which is the one play that first springs to mind when I think of the weekend’s action?

Patrick Mahomes scrambles out desperately to his right before unleashing a monstrous deep ball to Tyreek Hill for a 75-yard touchdown!

Patrick Mahomes scrambles out desperately to his right before unleashing a monstrous deep ball to Tyreek Hill for a 75-yard touchdown!

And this week, Mahomes’ 75-yard touchdown strike to Tyreek Hill gets the nod over Murray’s throw to the back of the endzone where DeAndre Hopkins turned into an acrobat. Back to Mahomes: he was rolling to his right and had a huge defensive lineman right in his face, yet he had the arm strength and athleticism to send the ball flying back to the deep middle where Hill left safety John Johnson to ponder a career change.

Coach of the Week: David Culley

Everyone wondered what kind of viper’s nest David Culley was walking into when he took charge of a Houston Texans team seemingly devoid of talent, and headed up by a quarterback in serious legal trouble who no longer wants to be there in Deshaun Watson. But the 65-year-old first-time head coach had his team ready to play on Sunday, despite all the offseason drama, and Houston got off to a fast start on their way to recording a 37-21 win over the Jacksonville Jaguars. Tyrod Taylor led the Texans at quarterback and the aforementioned Watson was nowhere to be seen.

Good for Culley because most are suggesting he is going to be a one-and-done sacrificial lamb. Who knows? That could still be the case, but at least he pulled off an opening-day win that very few saw coming.

The New York Jets have such an exciting prospect in rookie quarterback in Zach Wilson but I’m worried about his protection… or lack of it.

I’ve interviewed Wilson and what struck me the most was how young and small he looked. He cannot go through many games like Sunday’s 19-14 loss to the Carolina Panthers. Wilson was sacked six times and hit on 10 occasions.

The Jets want to win every weekend, of course, but let’s make sure the kid is put in good situations. Losing offensive tackle Mekhi Becton for the next four to six weeks is not going to help. There is good talent around Wilson and I think he could grow to be special, but I do not want to be talking about this player coming off a serious injury when we open the 2022 season.

Join Neil Reynolds for Inside The Huddle, every Tuesday from 9pm on Sky Sports NFL for a look back on the best of the weekend’s NFL action.