Terence Crawford refused to break his icy face-off with Shawn Porter after the American welterweights weighed in for their WBO title clash in Las Vegas.

WBO champion Crawford fixed a steely glare on Crawford as they went head to head for the final time before their explosive showdown, live on Sky Sports from 2am on Sunday morning.

A three-weight world champion, Crawford tipped the scales at 146.4lbs, while Porter was marginally heavier at 146.6lbs as he attempted to win a world championship for the third time.

Crawford is recognised as one of the world’s finest pound-for-pound fighters, but the 34-year-old insists he is yet to display his finest performance.

“We’ll have to see if this is the toughest fight of my career,” Crawford has told Sky Sports.

“I’ve been faced with a lot of people who thought the past couple of fights would be the toughest. But we don’t know until we step in the ring. 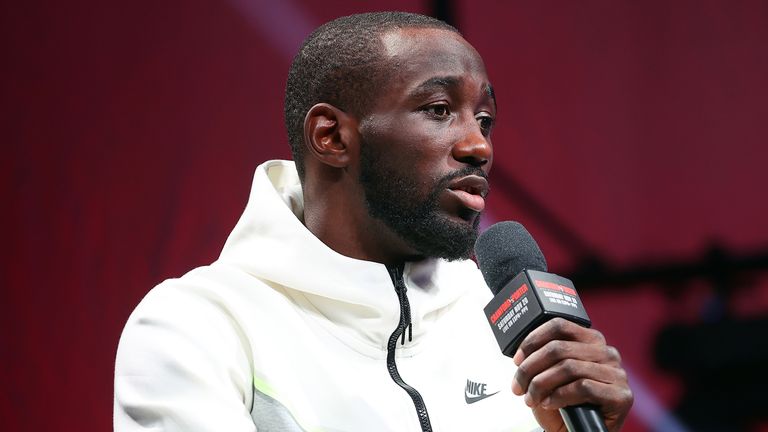 Crawford is a pound-for-pound star – but Porter says he has not studied him!

“I don’t tend to listen but I do take heed because it means I won’t overlook anything.

“I believe, deep down in my heart, that there are a lot of things I haven’t shown yet because I didn’t have to show it at that point. There are skills I haven’t had to display.

“Maybe Porter can bring those out. There is more to come. I am getting better.”