Growing up in the north-west of England, Joel Tomkins was used to rugby league having a strong presence in the area’s towns and villages.

It has, however, come as something of a surprise to the Wigan native just how much the sport is embedded in the communities around his current home in Perpignan – as emphasised by the scenes at Catalans Dragons’ Super League semi-final win.

The sell-out crowd of nearly 13,000 at Stade Gilbert Brutus for last Thursday’s 28-10 win over Hull Kingston Rovers created an atmosphere which Dragons forward Tomkins believed rivalled any final he had played in throughout his career.

With the French club now just days away from a maiden Grand Final appearance, the 34-year-old is under no illusions about what it would mean for both Catalans’ home city and wider region if they were to lift the title at Old Trafford.

“I was surprised at the [semi-final] turnout and the atmosphere, but I think that shows the appetite there is for rugby league in this region,” Tomkins, who will return to the north-west with Leigh Centurions in 2022, said.

“In every town and every village, they’ve got a rugby league club and it’s very similar to the north-west of England. There is a massive appetite for it and hopefully the club can carry on building.

“[Winning the Super League Grand Final] would be massive. There is such an appetite for rugby league, and I think this is what the area needs. 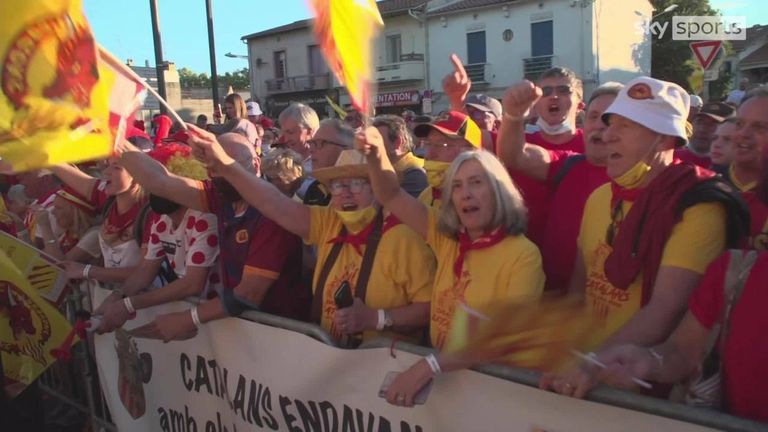 Catalans Dragons received a hero’s welcome in Perpignan ahead of their Super League semi-final with Hull KR.

Catalans Dragons received a hero’s welcome in Perpignan ahead of their Super League semi-final with Hull KR.

“There is the potential of Toulouse getting into Super League and rugby league in France is in a pretty good spot at the moment, so it would be great for the region if we could get a trophy.”

One man who has played an important role in transforming Catalans into being genuine title contenders and, by extension, helping unlock some of the potential the 13-man code has in its French heartlands is Super League’s coach of the year Steve McNamara.

The former Bradford Bulls and England head coach was at the helm when the Dragons secured their first major triumph by lifting the Challenge Cup in 2018 and has guided them to within 80 minutes of becoming the first overseas side to claim the Super League title.

Tomkins, who joined younger brother and newly-crowned Man of Steel Sam in Perpignan at the start of last year, believes a big part of their rise has been McNamara’s man-management skills, along with the cohesion in the group which he has seen from times of success during his careers in both league and union. [Winning the Super League Grand Final] would be massive. There is such an appetite for rugby league, and I think this is what the area needs.

“The way Steve does that is he’s pretty laid back in a lot of ways and treats us like adults,” Tomkins said.

“He’s not the kind of guy to tell you not to do certain things on your day off and he trusts people to make the right decisions and the right choices away from the club.

“With that togetherness, I think we’re just lucky in the group of guys we’ve got. Sometimes you’re lucky to have a group who just get on and respect each other professionally and personally, and I’ve had it a couple of times in my career.

“A couple of seasons at Wigan and Saracens, I felt we had that similar feel and it’s that kind of feel here.”

Although Saturday evening’s showdown with back-to-back champions St Helens is the first time the Dragons as a team will have stepped out onto the Old Trafford pitch gunning for glory, there are plenty of individuals who know what it takes to succeed in these games.

The Tomkins brothers, Gil Dudson, Tom Davies and Michael McIlorum have all been there and done it with Wigan Warriors, while James Maloney is a two-time NRL Grand Final champion from his spells with Sydney Roosters and Cronulla Sharks.

Added to that are 2018 Challenge Cup winners Yaha, Samisoni Langi, Josh Drinkwater, Julian Bousquet, Mickael Goudemand and captain Ben Garcia, and Tomkins hopes that experience can provide a calming influence on a day when emotions will be running high.

“A lot of it goes down to which team plays the game you plan to,” Tomkins said. “Both teams will have a game-plan going into the game, but you see sometimes with teams it goes out the window and the emotion of the whole event takes over. 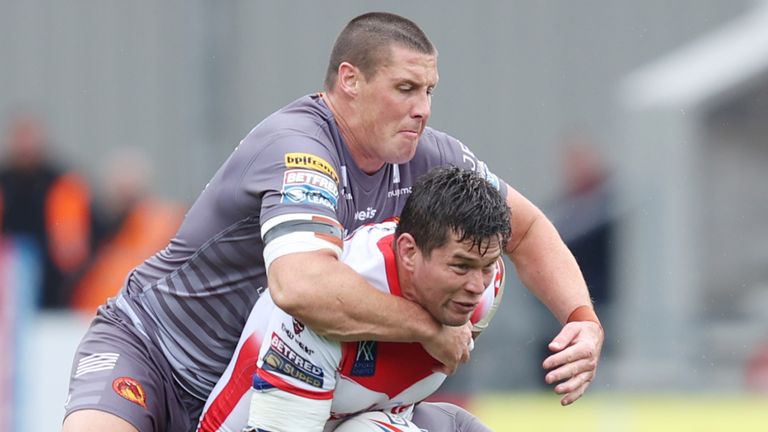 Although we haven’t won a Grand Final, we’ve got some guys in the club who have experience…so hopefully we can have an influence and try to keep cool heads.

“Although we haven’t won a Grand Final, we’ve got some guys in the club who have experience. Jimmy Maloney has won some stuff in the NRL and we’ve got a few guys who have won some stuff at Wigan, so hopefully we can have an influence and try to keep cool heads.

“That first 20 minutes and the first half will be an emotional time, but you’ve just got to stick to your game-plan and try to impose your will on the other team.”