Walmsley was in irrepressible form as Saints bounced back in impressive fashion from their dramatic golden-point defeat by Catalans Dragons at the Magic Weekend which ended their hopes of a first-place finish.

Kristian Woolf’s men ran in seven tries against a tired-looking Leeds to claim their biggest win of the season, which earns them a week off and a home tie in the semi-finals.

The Rhinos’ heaviest defeat of the season means their bid for a play-off spot may well go down to the final round of the regular season, when they host Hull KR, depending on the results of Saturday’s games.

Leeds, who were without 10 senior players through injury and suspension, had the chance to leapfrog Wigan into fourth place but were never in the contest.

It was virtually one-way traffic from the moment left winger Regan Grace gathered full-back Lachlan Coote’s cut-out pass to force his way over for the game’s first try early on.

Stand-off Jack Welsby gave another demonstration of his exceptional talent and versatility by twisting and turning his way through a wrong-footed defence for a solo try and loose forward Morgan Knowles took a more direct route to the line for Saints’ third try.

That followed a break through the heart of Leeds defence by Walmsley, whose next bust gifted a long-range try to winger Tom Makinson.

The towering front-rower then got in on the act himself, finishing off some enterprising play from Joe Batchelor and Lewis Dodd to power his way to the line before leaving the field for a deserved rest and a standing ovation.

With Coote kicking four conversions, Saints were heading for a rout as they led 28-0 but Leeds pulled a try back just before half-time when hooker Brad Dwyer went over from dummy half and Rhyse Martin added the conversion.

It took the home side just four minutes of the second half to increase their lead, second-rower Sione Mata’utia winning the race to Dodd’s kick on the last tackle for their sixth try.

Mata’utia was forced off with an ankle injury three minutes later and Welsby and centre Mark Percival also went off for head injury assessments, while a knock to Dwyer paved the way for 20-year-old hooker Corey Johnson to make his first appearance of the season.

With all the enforced changes, the game became scrappy but the return of a refreshed Walmsley helped pep up the Saints attack once more.

Welsby was also able to return to the field and he provided the pass that enabled Knowles to crash through for his second try, to which Coote added his sixth goal. 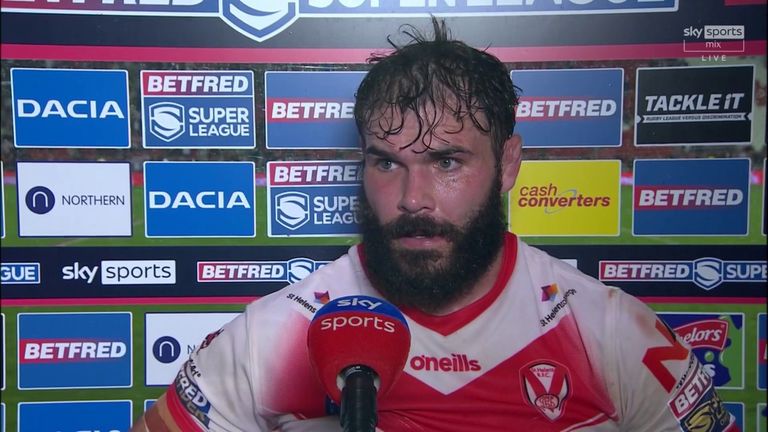 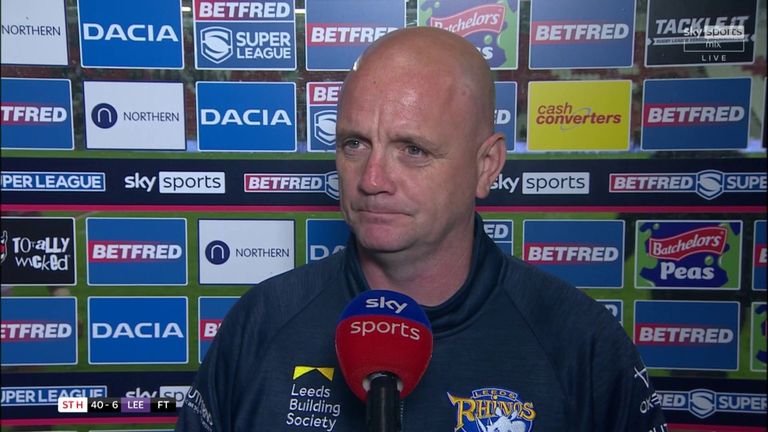 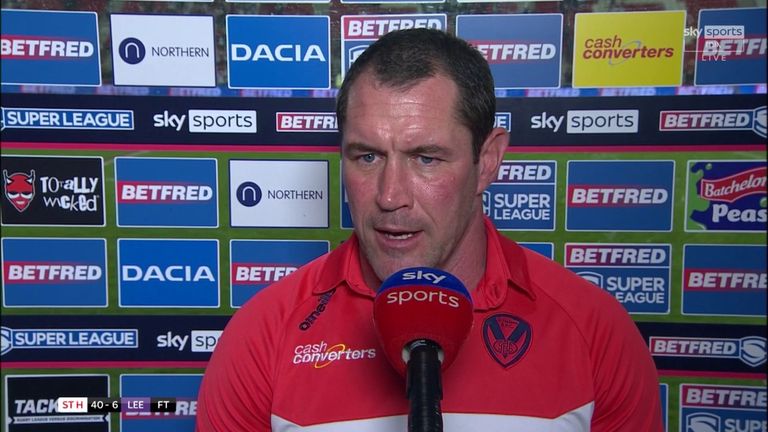 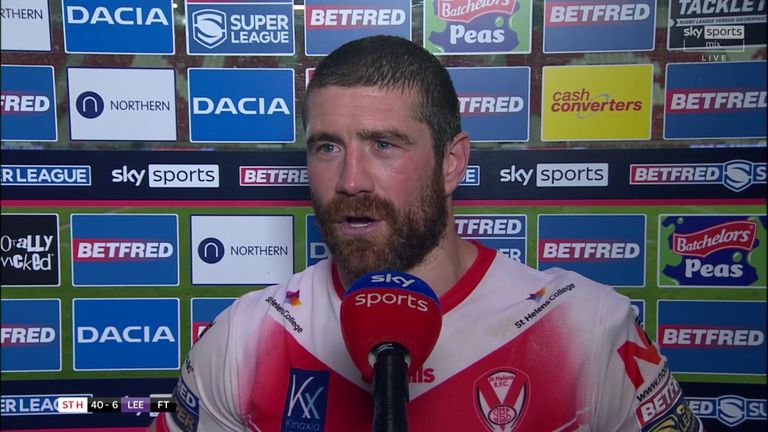