Ole Gunnar Solskjaer admits Manchester United’s recent performances have “not been good enough” but does not think his job at Old Trafford is under threat.

The Norwegian, who went back to his homeland for some time off during the international break, has seen his position come under increased scrutiny with United losing four of their last six games in the Premier League, including humbling defeats against Liverpool and Manchester City.

Sky Sports News understands a number of Solskjaer’s players are understood to have reservations over the 48-year-old’s ability to rectify their poor run of form after consecutive defeats against two of their fiercest rivals, but there is currently no indication that the club are looking to replace their manager.

Ahead of their game against Watford on Saturday, when asked if he had been in contact with United’s hierarchy over his future at the club, Solskjaer said: “Of course, I’ve been in contact and communicated with the club as I do all the time anyway.

“It’s been a long international break but it’s one that we’ve utilised to our benefit, we feel it’s been a good response from the players and we’re ready for the Watford game.

“We’ve been through periods like this before. Our away form, we’ve just gone 30-odd games and lost one. Last season we turned it around and went on a run of 20-odd games and one defeat, that’s the kind of run we need to get back. 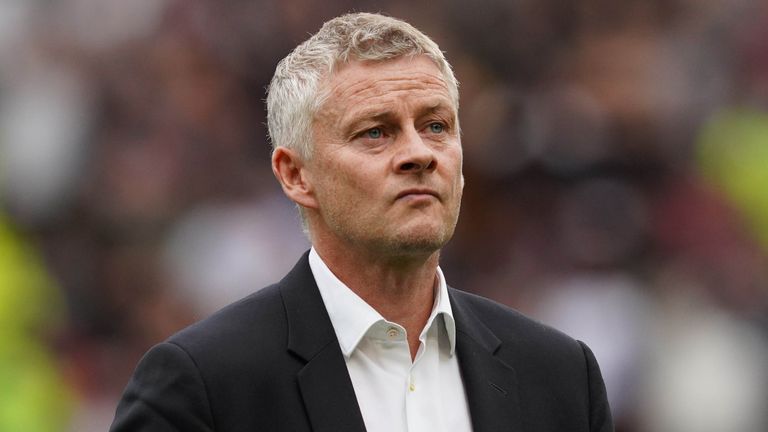 “This week we’ve prioritised a few things we have to improve on. Form and performances haven’t been good enough. We can do better, should do better and it’s down to performances on the day, human beings, sometimes you hit the post and it goes out, sometimes it goes in, that can affect the mood, atmosphere. We’ve got to focus on getting the start right.”

Solskjaer insists his players have “refreshed” mindsets following a difficult international break for the club and he believes their changed outlooks can help instigate an upturn in form. 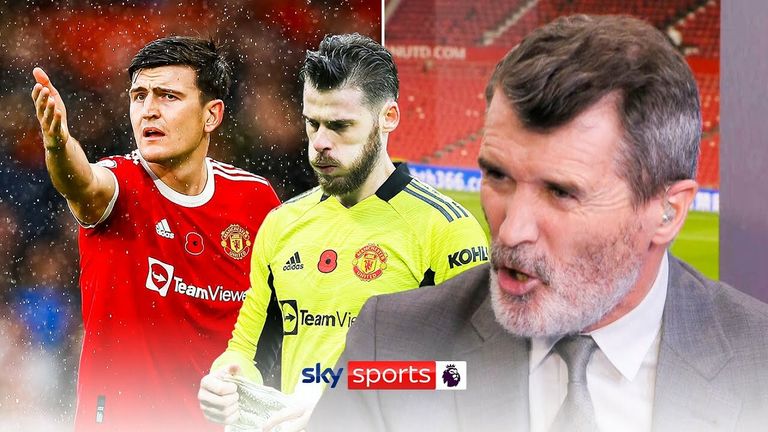 The United boss remains confident that everyone involved with the club is endeavouring to get their season back on track, and feels the squad have undergone a “really good” week in training prior to facing Watford.

He added: “We know the poor run of form puts ourselves under pressure but that pressure should be a joy, it should be something that makes us a better team and makes every player perform at their best level.

“The players, the staff, myself and the club, we are all working towards one goal and that’s for this team to improve and get better results.

“They haven’t had a change of mentality, that’s the wrong way of saying it, they love playing football, winning. When we left each other 13 days ago, no one was happy when they left Old Trafford.

“The fans are still supporting the team and the club. They’ve been through this period and backed this team through the rebuild.

“You know when you lose a game you’re always disappointed and under pressure. We’ve communicated well and openly and honestly.

“There’s one game now that matters but also there’s what goes on after that. We’re all refreshed, this week has been really good in training and we’re ready for tomorrow.

“When we left for this international break it was a good time for us to refresh their minds, some players have stayed here, some have been allowed to go home to freshen up their minds, everyone has kept in touch with the staff and one of the things we’ve learnt over the last few years, my staff have been working really hard to get everyone ready.

“We’ve corrected a few things, put some things right. I’m sure we’ll see a reaction and a good performance tomorrow.”

Paul Pogba, who travelled to Dubai over the international break to continue with his recovery from a thigh injury, is suspended for the game against Watford, while Raphael Varane (hamstring) remains sidelined for another few weeks.

There are also doubts over Edinson Cavani (tendon), Scott McTominay (illness), and Luke Shaw did not play a part for England over the international break after he suffered a concussion in United’s loss to City. 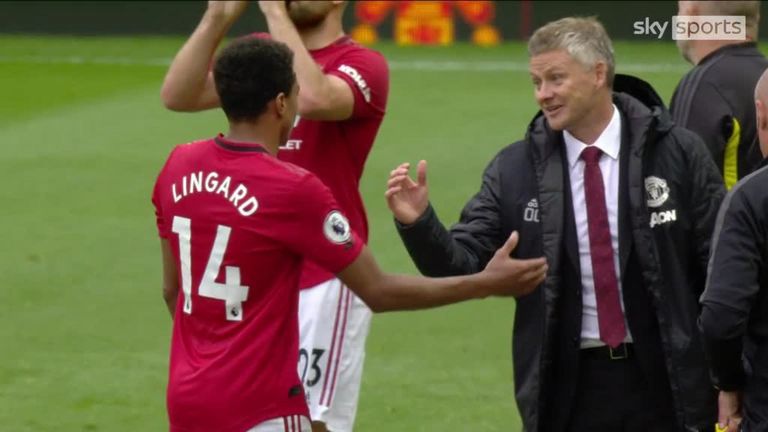 Sky Sports News has been told that talks between Jesse Lingard and United over a new contract have collapsed and that as far as Lingard is concerned, the matter is now closed.

It is understood the offer put forward to Lingard’s representatives was less than what the England international currently earns at Old Trafford.

Lingard is expected to look to leave the club on a free transfer in the summer and may even seek a loan in January, similar to the move he made last season to West Ham.

The 28-year-old is keen to play regularly and hopes to impress England manager Gareth Southgate ahead of the World Cup in less than a year’s time.

Lingard shone on loan at the Hammers during the second half of last season, and has scored twice in five Premier League games for United despite a lack of first-team gametime so far this term.

When questioned on United’s contract negotiations with Lingard, Solskjaer said: “Jesse is training really hard, really well, and he’s ready and available for me. Definitely, he’s disappointed he hasn’t played more of course.

“With regards to his contract situation and the talks, I’ve not been in those very closely. For me, Jesse is still part of this squad, an important part, and he gives energy and quality to the group every day.

“Every player wants to play as much as possible. The thing with Jesse and all my players, they all work really hard, I can’t fault the attitude and they’re ready when called upon.

“Jesse has done well when he’s played for us and with all the games coming up, he knows he’s going to play a part.”