Taylor, 17, is joined by Reading goalkeeper Luke Southwood in Ian Baraclough’s squad for the first time for the games against Lithuania and Italy at Windsor Park on November 12 and 15.

Southwood, 23, has previously represented England at U19 and U20 level and qualifies through his Northern Ireland-born grandmother. 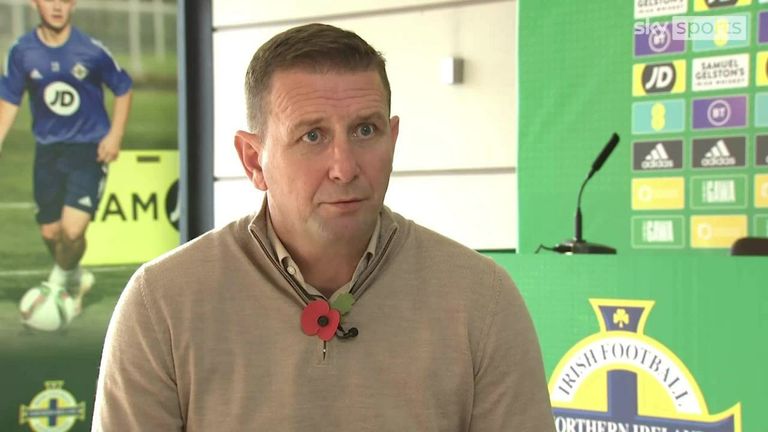 Blackpool striker Shayne Lavery has failed to recover from the injury which kept him out last month, while Hearts forward Liam Boyce is absent again for personal reasons.

Manchester United midfielder Ethan Galbraith, who is currently on loan with League One side Doncaster Rovers, returns to the senior squad after captaining the U21s in last month’s Euro qualifiers.

Northern Ireland are already out of contention for Qatar 2022 ahead of this month’s final two qualifiers, with Baraclough’s side fourth in the five-team group, having picked up five points from their six matches.

Linfield academy graduate Taylor, who has played for Forest’s U18s and U23s since he signed his first professional contract last year, scored for the Northern Ireland U21s against Scotland in a friendly in June.

Southwood has made himself the first-choice goalkeeper at Reading this season, keeping three clean sheets in his 10 league appearances for the Royals so far.