Benedict Bermange picks out the best stats from Week Eight in the NFL, including impressive first career starts for Mike White and Cooper Rush, the Buffalo Bills stretching their win streak over the Miami Dolphins and some more Tom Brady records

The Arizona Cardinals lost their unbeaten start to the season as Rasul Douglas intercepted Kyler Murray in the endzone with 12 seconds left to seal a 24-21 win for the Green Bay Packers on Thursday night. If that ending sounded familiar, it was the same venue where Malcolm Butler had a game-ending interception – also on 2nd-and-Goal – to give the New England Patriots a 28-24 victory over the Seattle Seahawks in Super Bowl XLIX in 2015. 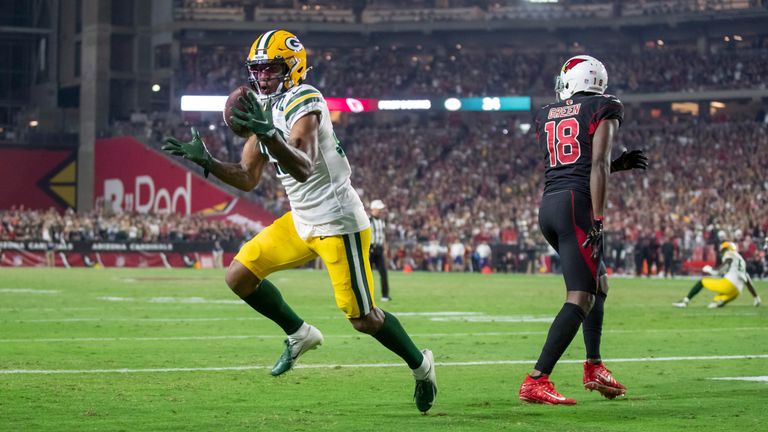 Rasul Douglas intercepted a pass from Kyler Murray that A.J. Green wasn’t expecting, with only 15 seconds left on the clock as the Green Bay Packers beat the Arizona Cardinals

Rasul Douglas intercepted a pass from Kyler Murray that A.J. Green wasn’t expecting, with only 15 seconds left on the clock as the Green Bay Packers beat the Arizona Cardinals

The Buffalo Bills’ 29-11 victory over the Miami Dolphins was their seventh in a row against their divisional rivals, their longest-ever winning streak against the team, and they have scored at least 25 points in all seven of those wins. The Bills also won their seventh successive game after a bye week. Their last loss following a week off was back in Week 10 in 2014, when they lost 17-13 to the Kansas City Chiefs.

Josh Allen marked his 50th career start with his 28th rushing touchdown, to equal the record by any quarterback in his first 50 starts.

The Chicago Bears might have lost 33-22 to the San Francisco 49ers, but Justin Fields became the first Bears quarterback to ever have at least 100 yards rushing and 175 yards passing in the same game. The most passing yards by any quarterback who also rushed for at least 100 yards in the same game is 340 by Cam Newton for the Carolina Panthers against the New York Giants in 2015. 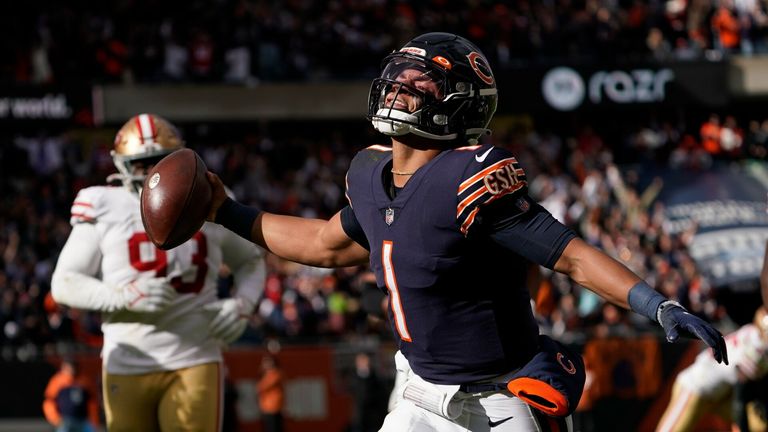 The Philadelphia Eagles beat the Detroit Lions by a score of 44-6, their largest margin of victory on the road since they defeated the Cardinals 52-10 in the 1981 season.

Longest streak by a Colts QB without an interception

In the midst of the Indianapolis Colts’ 34-31 loss to the Titans in overtime, Carson Wentz set a new record for the most successive pass attempts by a Colts QB without throwing an interception. Though, unfortunately for the Colts, his streak ended in the fourth quarter when Elijah Molden returned an interception for a touchdown to put the Titans up 31-24. 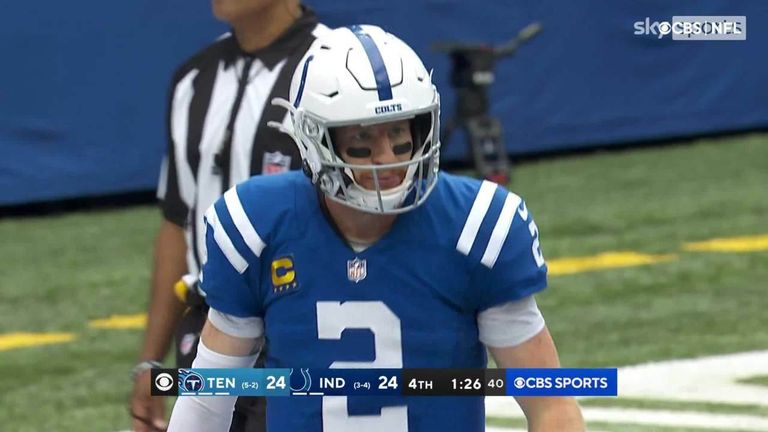 Carson Wentz is pressured in the endzone, tries to get rid of the ball and Elijah Molden snags the interception for a touchdown

Carson Wentz is pressured in the endzone, tries to get rid of the ball and Elijah Molden snags the interception for a touchdown

Even though the Tampa Bay Buccaneers lost 36-27 to the New Orleans Saints, Tom Brady set yet more records as he recorded his 98th game with at least three touchdown passes and his 38th game with at least four, breaking a tie with Drew Brees in both categories. His only previous loss when he had thrown for at least four touchdowns was in 2011 against the Bills, when he also threw four interceptions. Brady now has 150 touchdown passes in his 40s, as opposed to ‘just’ 147 when he was in his 20s. 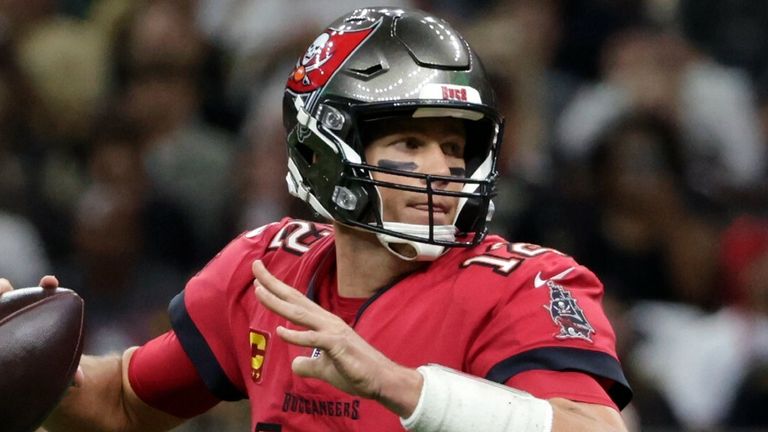 Cooper Rush threw a touchdown pass to Amari Cooper in the Dallas Cowboys’ 20-16 victory over the Minnesota Vikings, the first touchdown in NFL history in which the passer’s first name and the receiver’s surname were a precise match. Coincidentally, last year against the Vikings, Dallas’ Andy Dalton threw a touchdown pass to Dalton Schultz, the only time where the passer’s surname was a precise match for the touchdown catcher’s first name. 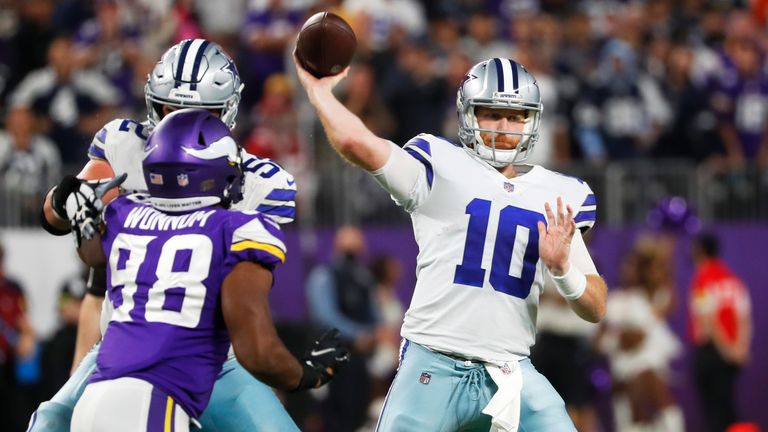 The Chiefs beat the Giants 20-17 on Monday night and are now back to .500 (4-4) on the season. However, none of their remaining nine games are against teams who currently have a losing record. Patrick Mahomes now has a record of 29-14 when trailing in a game, which is higher than the career winning percentage of all but five quarterbacks in the Hall of Fame – Otto Graham, Roger Staubach, Joe Montana, Peyton Manning and Terry Bradshaw.