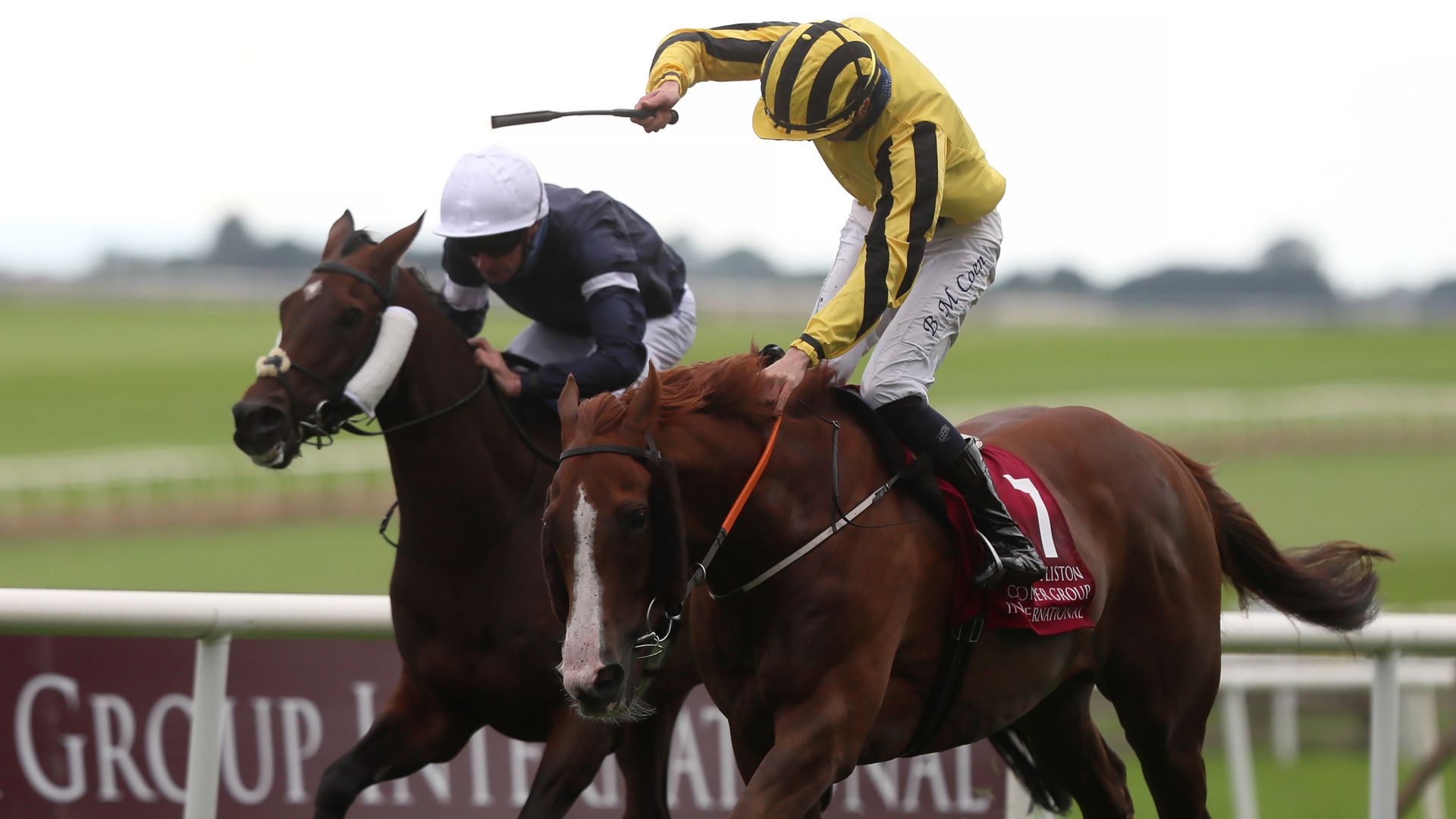 Johnny Murtagh has confirmed his Ebor and Irish St Leger hero Sonnyboyliston will not travel to Australia for this year’s Melbourne Cup.

Just three weeks on from his lucrative success at York, the four-year-old provided the legendary jockey with his first Classic success as a trainer when getting the better of Twilight Payment in a thrilling finish at the Curragh on Sunday.

Murtagh admits the Melbourne Cup is a big draw, but feels his stable star has done enough for this season.

He told www.racing.com: “I spoke to the owners the other day and the horse has come out of the race really, really well.

“But to be fair to him, he’s run in the Ebor and ran in a grueller here at the Curragh – a very strongly run race over a mile and six. It was a titanic battle with him and Twilight Payment and he came out on top.

“He’s been on the go for a long time and hasn’t let us down all year. I feel it’s time for him to have a little break now.

“He’s only four and is one of the top stayers in Europe at the moment. Stradivarius isn’t getting any younger.

“The Melbourne Cup was in the back of our minds, but it wasn’t the plan – and to go over there and take on the best in Australia, the Melbourne Cup has to be the number one target.”

Murtagh revealed Australian-based owners have been in touch with a view to purchasing Sonnyboyliston from the Kildare Racing Club.

But with increased measures in place for horses travelling Down Under, connections are keeping hold of the gelding for the time being.

“It’s very difficult to get down there full stop,” Murtagh added.

“But everyone was saying ‘get him in the bone scan’ and ‘we don’t want to buy him unless he can come down here and run in the race’.

“He passed the vetting for Hong Kong last year, which is pretty severe, and it was just at the last minute that the guys decided to keep him and run him as a four-year-old, which was good for us.

“He’s a pretty sound horse, but he’s had a hard season and I just didn’t fancy putting him through all that at this point of the year.”