After almost two years in the role, Michael O’Neill is starting to feel as though he is getting his Stoke squad into a position where they can challenge for promotion again.

The Potters were relegated in 2018 following a decade in the Premier League, and set about with immediate intentions of returning to the top flight. A lot of money was spent under Gary Rowett – who lasted less than six months – while Nathan Jones then survived less than a year.

This term, Stoke began their fourth consecutive campaign in the Championship, and have started well, with four wins and a draw for six games so far.

“The club invested heavily after relegation, spending over £70m on players,” he tells Sky Sports ahead of his side’s clash with Barnsley on Wednesday night, which is live on Sky Sports Football. “With that includes long-term contracts, which are lucrative in the Championship.

“Then, when you’re trying to change things it becomes a lot more difficult to move things on and get the squad to where you want it to be.”

O’Neill understands the demands for instant success in the game these days, but believes patience has been a virtue in getting the club back to where they need to be.

“We’re a good bit down the line with where we want to get to,” continues O’Neill. “It wasn’t the case that I wanted to change everything for the sake of it. No one ever comes to the club with the intention of not doing well, but I think sometimes for players it just doesn’t work out.

“The club didn’t have the impact in the Championship that they had hoped for after being relegated, we just probably ended up with a group of players that had been brought in by different managers, there was a little bit of disillusionment, it was a bit top-heavy in terms of numbers and a lot of players wanted out as well. So we had to address that.” 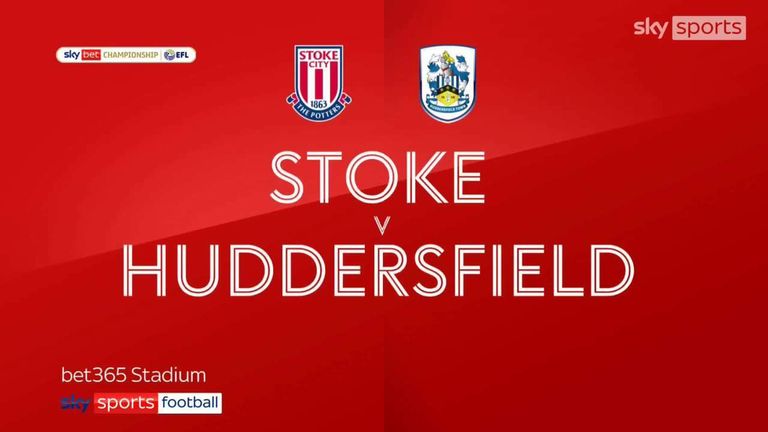 Highlights of the Sky Bet Championship match between Stoke and Huddersfield

In the summer of 2020, O’Neill shipped 18 players out of the club, in the window just gone it was 22. Six more have arrived permanently for this season, while three came in on loan.

Generally speaking, the Stoke boss believes the players who have arrived are younger and hungrier.

“This was a big window for us,” says O’Neill. “There was a huge turnover in the squad, and there are a lot of younger players in the team. That’s the way I believe you build a team to challenge to get out of this level of football.

“We’ve only signed a few players for fees. Our net spend is low because we got over £12m for Nathan Collins. All those things are important, and we’ve made quite a few astute signings.

“It’s all about putting the right group together as well. I can see how some people think that if you come into this league and invest heavily then you should expect automatic returns. But I think the fact the club was out of the Championship for quite a long time made it more difficult to adapt. The clubs who go up and down more regularly – like West Brom and Norwich – are better equipped to deal with it.”

It is still extremely early days this season, but the signs are positive so far for Stoke City after several seasons of underperforming. O’Neill feels they are on track.

“The aim for us is to build a team that can push to the Premier League, and if we can achieve that we’ll learn a lot of lessons along the way to sustain ourselves,” he says.

“It’s about the structure within the club and the age profile within the players. For me, it’s about getting players at the right stages of their careers with the right motivations.

“We have a lot of players in our squad now who have that real desire to get into the Premier League and play. I feel it was the right way to go.”