Willie Poching has received a glowing reference to get the Wakefield Trinity head coach role on a full-time basis – from the man in charge of their vanquished Magic Weekend opponents.

The victory over the Giants was Trinity’s fourth in the five games since Poching took charge on an interim basis following the departure of Chris Chester, who was among the spectators at St James’ Park. And Huddersfield head coach Ian Watson is impressed by what he has seen of Wakefield, praising the work the former Trinity second row has done during this period.

“Willie has done a great job and he deserves a shot at doing it,” Watson said. “He’s got them playing a lot more direct than they were doing before.”

In terms of his own side, Watson felt the sin-binning of Sam Hewitt early in the second half proved costly for the Giants’ prospects.

“We’ve such a young spine and they’re not game ready yet to understand how to manage that,” Watson said. “Every time we made an error, we ended up conceding. 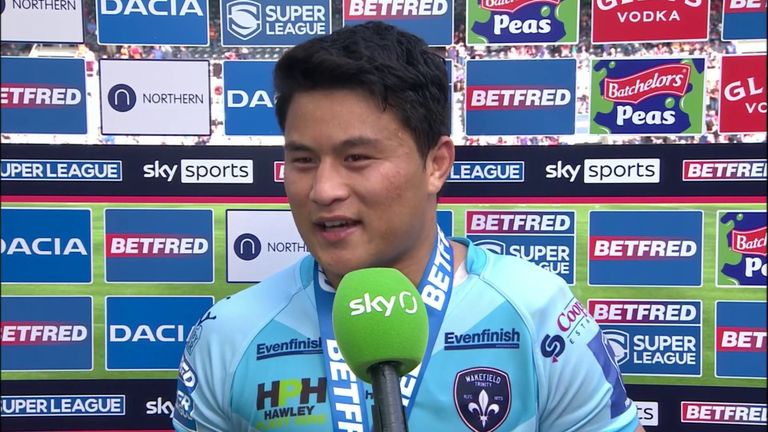 Mason Lino said Wakefield just wanted to finish on a high at this point in the season.

Mason Lino said Wakefield just wanted to finish on a high at this point in the season.

“We were our own worst enemies. It’s not about apportioning blame, though, it’s about getting better.”

Poching has made no secret about his desire to be named Wakefield head coach on a permanent basis but preferred to focus on his team’s performance afterwards.

“I’ll see how things go,” Poching said. “At the moment I’m proud and happy with the way the boys have turned things around.

“We weren’t able to play how I would like but I’m proud that the guys made the adjustments on the run. They adapted to the way the game was going and I’ve got to give credit to Mason Lino and Jacob Miller for that.”

Williams stunned many outsiders when he turned down a return to his hometown club in favour of joining their rivals Warrington following his release from NRL side Canberra Raiders earlier this year.

Unsurprisingly he was given a hostile reception by the Wigan fans in attendance, but Wolves head coach Price praised the impact the England international half-back is already having at the club.

“He’s a strong defender, he’s played in big games and understands what it looks like and what it takes,” Price said. 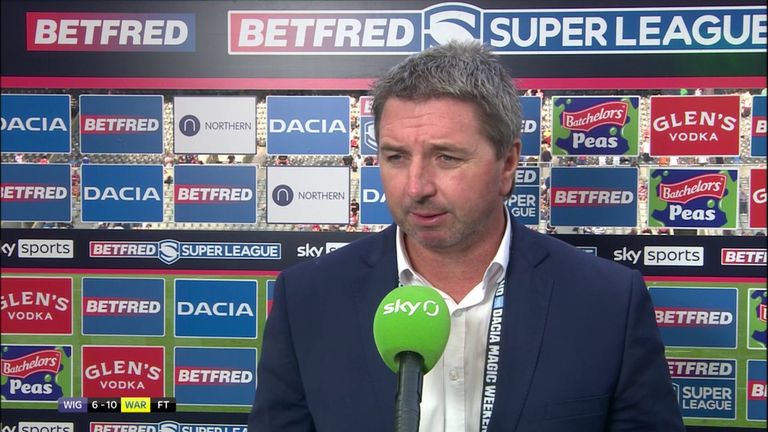 “He’s the ultimate professional. He works really hard and he’s diligent in his game and in his preparation. He’s only going to get better the more games he plays.

Wigan head coach Adrian Lam, who announced earlier in the week he will be leaving at the end of the season, felt his side were more like their old selves despite suffering a defeat.

“We didn’t win the game, but I felt we got back to the team that we were last year,” Lam said. “There was a good feel about today, that was a positive to take out of today. 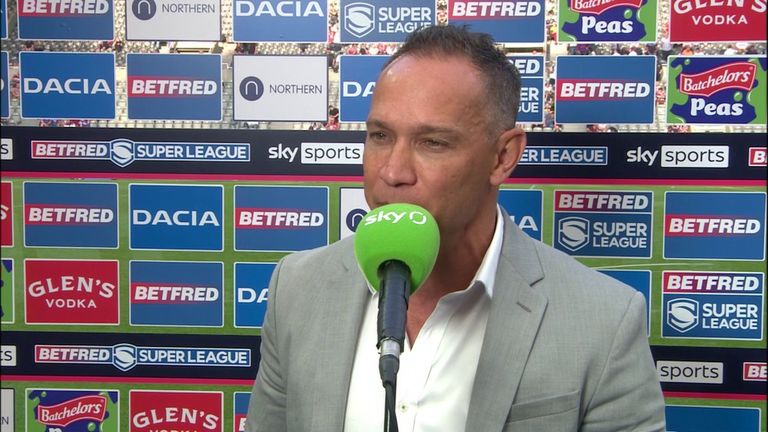 “We still lost, it’s not good enough. As a dressing room, they’re heartbroken because we felt when you put that much energy and effort in, you want to believe.

“It’s not who we want to be, but I feel if we’re minimising teams to two tries, it gives ourselves a chance to win – especially at this back end of the season.”

Tony Smith was delighted to see Hull Kingston Rovers’ patient approach pay off as they kept themselves in contention for the Super League play-offs with victory over Leigh Centurions.

Rovers spent much of the opening quarter camped inside Leigh’s 20-metre zone without putting points on the board, but eventually cut loose to run in eight tries against the competition’s bottom side. 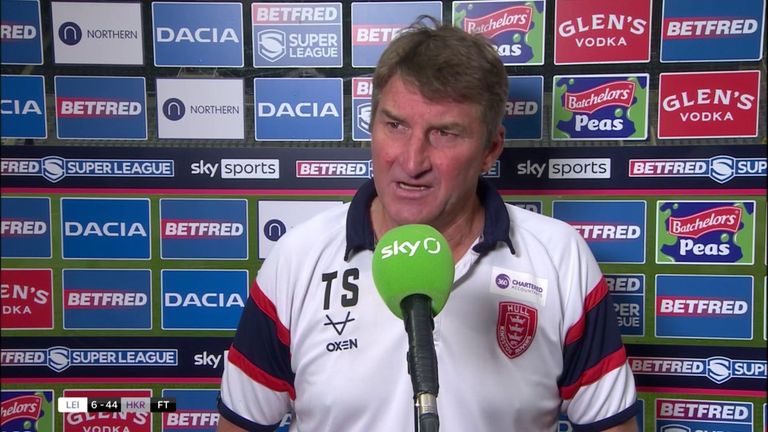 The result sets up an intriguing showdown at home to sixth-placed Castleford Tigers next Sunday and Rovers head coach Smith praised the way his side approached the contest.

“I was really pleased with our patience, we didn’t panic or push things,” Smith said. “We spent a lot of time down their line and, when you do that, you put them under all sorts of pressure. We came home with some points because of it.

“I’m really glad that we built our game. We were not so good defensively for the last few weeks so there were some big improvements. I hope we can grow from that.

“We’re in there fighting and I’m delighted about that.” 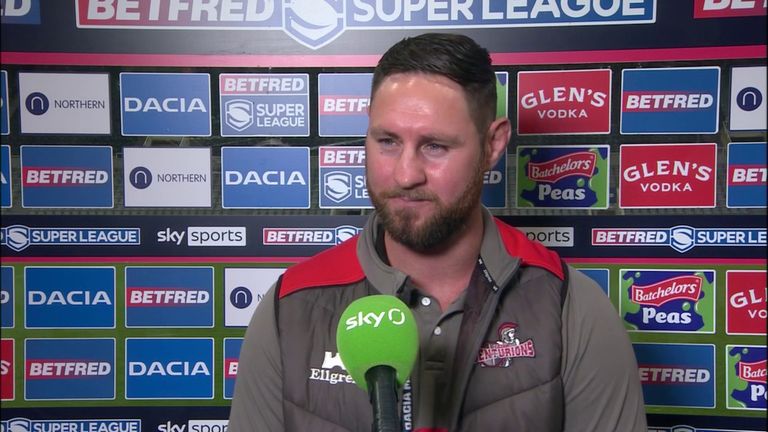 Leigh interim head coach Kurt Haggerty, who expects a decision on his long-term future to be made soon, saw long-standing issues resurface for his team in Newcastle.

“It was brilliant for 40, disastrous for 40,” Haggerty said. “We just can’t seem to stop the rot once it starts.

“We’re just not up to it, we haven’t been up to it all year, especially in the second halves where we fall away. As a group, we have not performed well enough to stop up.”