As Iceland host Armenia and Liechtenstein in World Cup qualifying, one familiar face is notable by his absence. For just about the first time in a decade, 37-year-old goalkeeper Hannes Thor Halldorsson will not be among the Iceland squad.

Instead, Halldorsson is busy with another venture. He is promoting Cop Secret, the new film that he has directed and co-written. It is being shown at the BFI London Film Festival on the South Bank having already been positively received across Europe.

It is an extraordinary turn of events for one of the heroes of Iceland’s Euro 2016 adventure, the man who marked their World Cup debut by saving a penalty from Lionel Messi in the opening match against Argentina. “People find my story inspiring,” he tells Sky Sports.

“Being a lower league sports player and going on to save a penalty from the best player in the world in the first game that a tiny country had ever played in a World Cup. It is an unusual story. Personally, I think it sounds like a bad script of a cliched sports movie.”

Halldorsson’s new movie is rather better. An action-comedy, devised in collaboration with some of the country’s most famous television personalities, it is something of a national in-joke. Nevertheless, the film has struck a chord with a much wider audience.

“Never did we imagine in a million years that anybody outside of Iceland would ever see it,” says Halldorsson. “There are so many things in it that only the locals will understand but people still seem to relate to it. There is something genuine about it, maybe.

“We had this idea of taking over-the-top action, supervillains, everything that we do not have in Iceland, and having it play out in the peaceful city of Reykjavik.

“It has similarities with Hot Fuzz, if you remember that movie, where you take the best cop in London and place him in a tiny village in England where nothing ever happens. That is the fundamental source of comedy in the movie. It is fast-paced but it has heart and soul.” 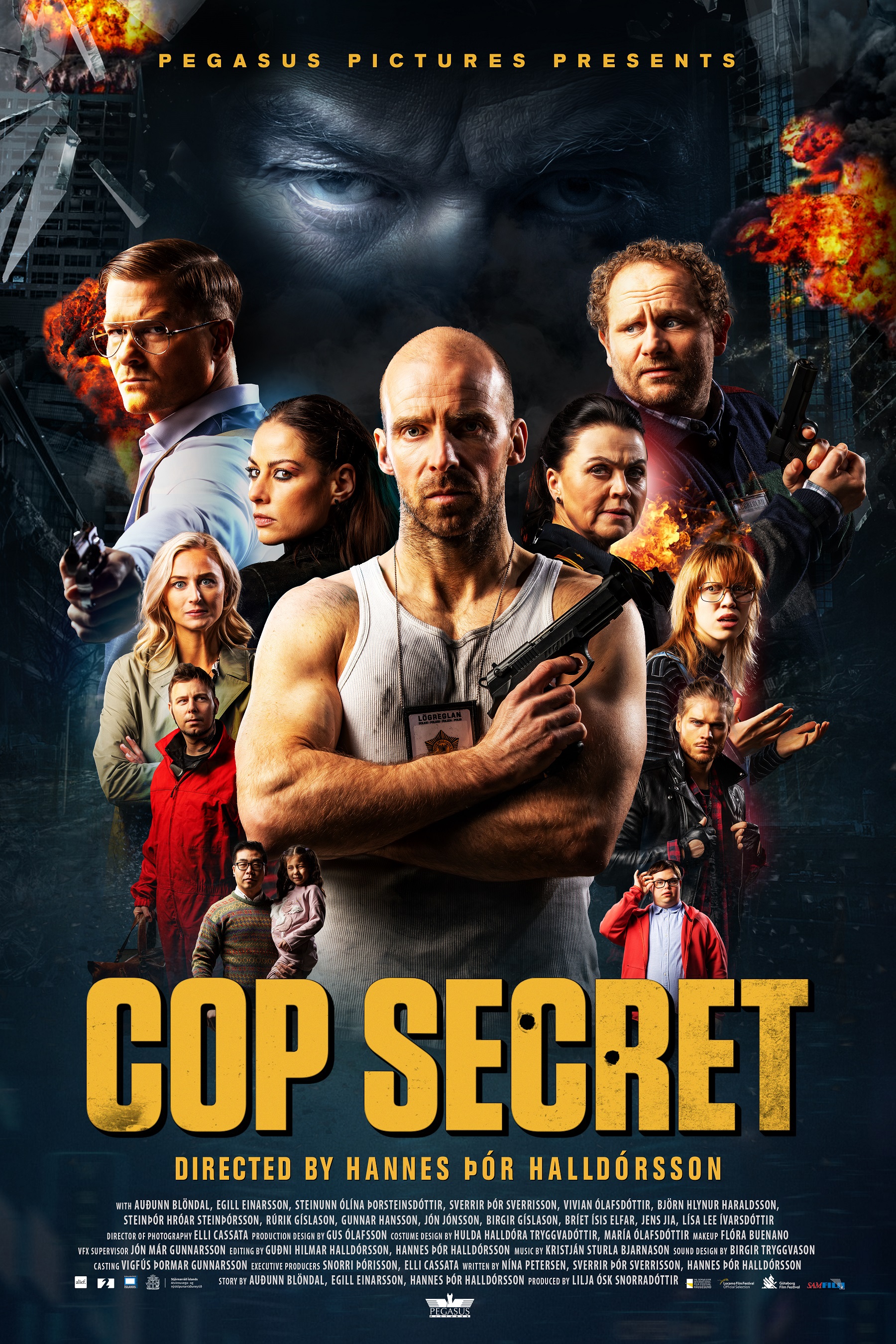 The soul comes from the subversion of the tough-guy cop trope as the main character is wrestling with his sexuality throughout. It is an interesting idea that elevates the film above the standard fare, adding depth. “It is what makes it so original,” adds Halldorsson.

“It gives this action-movie archetype a twist and shines a light on some important topics. It makes the movie a bit more interesting. We tried to treat the subject with as much respect as possible. The movie is about him coming to terms with himself. I am glad we did it.”

The kernel of the idea came a decade ago, a movie trailer that was played for laughs. “People wanted to see the whole movie,” he explains. Work began on the script but was halted. “We put it on the shelf and I really did not think it was going to happen.”

That was because Halldorsson’s football career began to take off. It was one that so nearly never started given that he did not even play football between the ages of 14 and 19 as a result of shoulder dislocations. The professional game felt a long way off back then.

Movie-making was always his passion. “I started making short films when I was 12 years old. I joined the video club in my high school. When I graduated from business school, my friends kept working in economics but I kept working in the film industry.”

It was only when he returned to the game in his early twenties that momentum began to build. “I decided to give it one last go and I went all in with both football and film-making but the truth is that I never expected that football would end up on top,” he says.

He was 28 years old when he made his international debut for Iceland. “People thought it was strange that I was so old. They had a lot of questions.” He was 30 when he moved abroad for the first time. “That was a huge personal victory. I did not expect it.”

Moves to Norway, Holland, Denmark and Azerbaijan seemed to mark the end of his filmmaking career. “It was all getting too much,” he admits. “I had been balancing football and filmmaking for eight years. We were having our first baby.”

Focusing on football brought fame and a certain amount of glory. Iceland were the story of Euro 2016 and his magic moment with Messi will stay with him forever. But the journey came to an end as he retired after the game against Germany in September.

“I feel relieved really. I am proud of my career. There are no regrets.”

Indeed, there are only opportunities. He can only smile as he recalls his trip to Switzerland for the 74th Locarno Film Festival. “That was a completely new experience for me,” he says.

“Have you seen the show Entourage? It was like being dumped in an episode of Entourage where suddenly you are in the middle of this movie-star world where everything is fancy and fun. It was amazing and people gave us a lot of compliments. We were buzzing.”

For now, he continues to play for Valur in Iceland’s top division but it is clear that his thoughts have already turned to this new life after football. “I have one year left on my contract so I am not finished yet but I feel that the end is closing in,” he adds.

“I am getting really tired of not controlling my schedule and having to be somewhere every afternoon. I think it is holding me back as a filmmaker so I am going to welcome the opportunity to dive into the film industry full force when the time comes.

“There are more doors opening than I thought. I want to make the most of it.”