Peter Wright ensured Fallon Sherrock’s Grand Slam of Darts debut ended in defeat as the Queen of the Palace was left to rue a host of missed darts at double in a 5-1 reverse.

Wright, who has been out of sorts since his dominant victory at the World Matchplay in July, started fast and with an average north of 100 took an early 2-0 lead in a tournament where he has reached two of the last four finals.

Sherrock – who fought back from 7-1 down to beat Dimitri Van den Bergh and reach the Nordic Masters final – claimed the third leg, much to the delight of a noisy crowd.

After Snakebite had re-established his two-leg lead when the Queen of the Palace missed the bullseye to level, Sherrock then missed three darts for a break of trow and was punished by Wright, who moved within one of the finishing line.

Sherrock’s finishing was the hallmark of her World Championship run two years ago, however, she missed an eighth dart at double to claim the sixth leg and Wright, who missed 11 darts at double, pinned double 16 for an opening-night victory.

Smith took the opening leg, but found doubles hard to come by and could only look on as 2012 champion Barney pinned his first two darts at double for finishes of 122 and 86 and a 2-1 lead.

Bully Boy was unfazed and levelled the match before restoring his lead when Van Barneveld missed two darts at double top to keep his nose in front. However, the five-time world champion did not waste his next opportunity at the outer ring, a nerveless 62 made it 3-3 and turned the match into a best-of-three contest.

Van Barneveld claimed the seventh leg to stand within one of the finishing line but Smith’s superb 11-darter ensured the game went the distance.

Smith missed a dart at bullseye for a showstopping 170 finish and when Barney failed to take out 157, Bully Boy took out 25 in two darts for the narrowest of victories

MVG too good for Ashton

Michael van Gerwen’s quest for a first Grand Slam of Darts title since 2017 got off to the perfect start as he ensured Lisa Ashton’s wait for a first group stage victory in the tournament goes on. 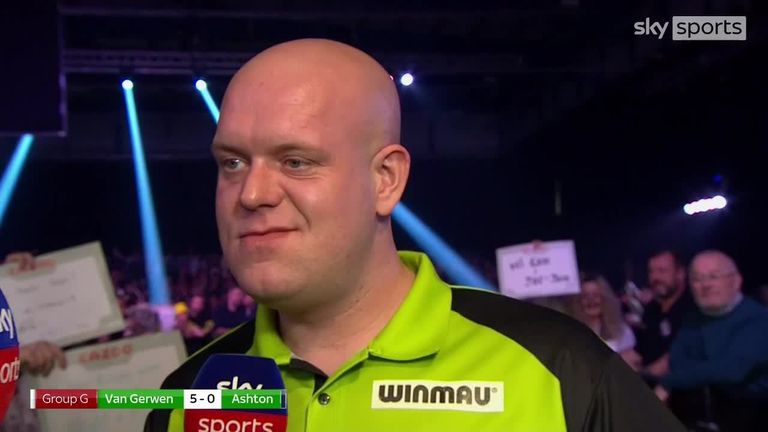 Ashton has lost all six of her previous matches in the event and she could only look on as Van Gerwen produced his very best.

Van Gerwen averaged 105 and hit five of his eight darts at double in a 5-0 victory that took just eight minutes, 30 seconds. 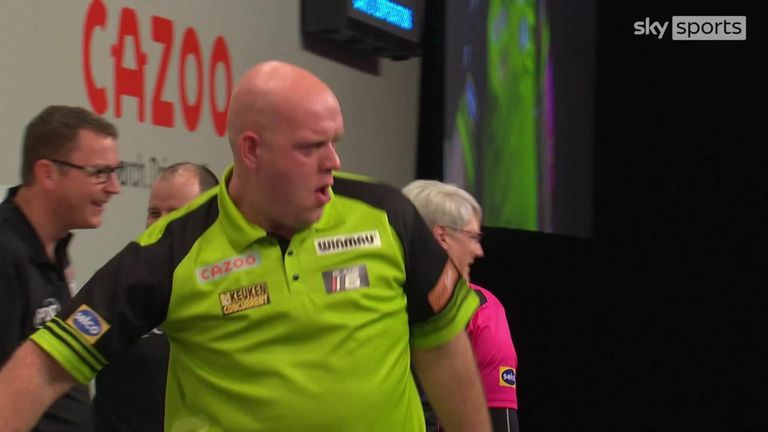 Defending champion Jose de Sousa got off to a comfortable start, beating Canada’s Matt Campbell with a clinical display of finishing for a 5-1 success.

The Special One claimed his major breakthrough in Coventry with victory at last year’s Grand Slam which was played behind closed doors, but in front of a sell-out crowd, he hit five of his six darts at double for victory.

Northern Irishman Nathan Rafferty gave world no 1 Gerwyn Price a huge fight, missing a match dart before slipping to a narrow 5-4 defeat against the Iceman. 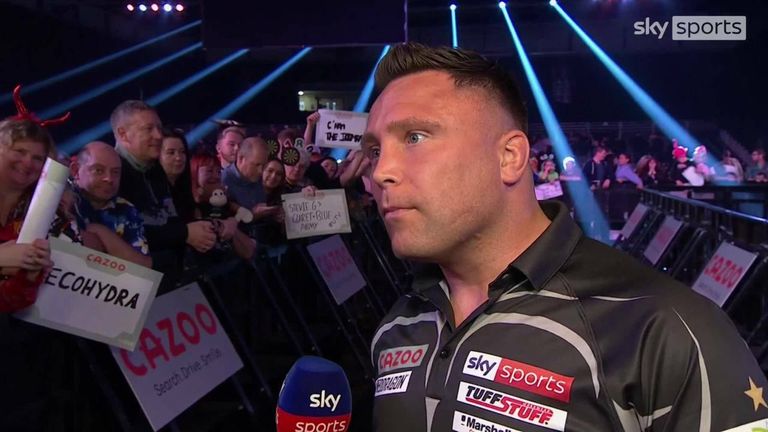 Rafferty, who qualified via the Development Tour, went toe-to-toe with the two-time Grand Slam champion, who led 4-3 when he missed double 10 for the match and bust his score in the process.

The 21-year-old claimed the next leg to force a decider and he missed a dart at bullseye to cause a shock before Price, with his sixth match dart, pinned double five for two points.

Price beat Gary Anderson in a controversial and memorable Grand Slam final in 2018 and the Scot has made no secret of the fact he wants to win the event.

Playing in the tournament for a 15th successive year, a 5-1 win over Joe Davis ensured he got off to the best possible start as he aims to continue a remarkable record of never failing to get out of the group

Another man in form is Rob Cross having won a Pro Tour title to go with his second European Championship title in the last few weeks, and he racked up the first whitewash win of the tournament with a 5-0 win over an under-par Boris Krcmar. No one has one more titles than Jonny Clayton’s six this year, and he got his campaign for a fifth televised title of the year off to the perfect start with a 5-3 win over Austria’s Rusty-John Rodriguez.

The Ferret fired in three 180s and averaged 101.5, including a classy 108 finish on his way to the perfect start in a group that also features the world youth champion Bradley Brooks. 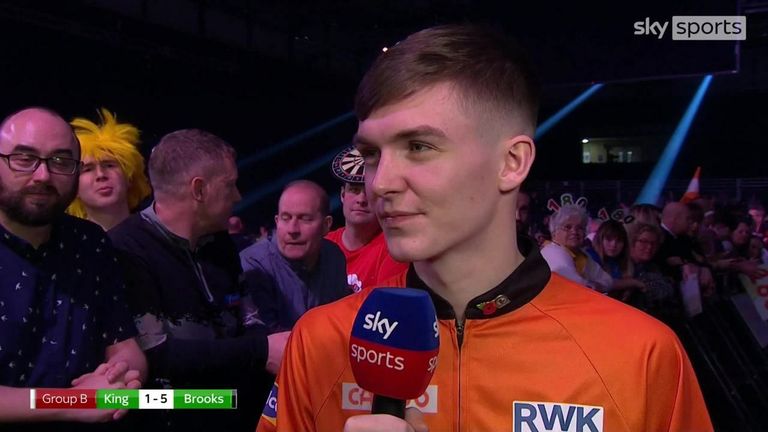 Bam-Bam beat Joe Davis to win the world youth title last year and has gone from strength to strength on the Development Tour this year and despite a vast difference in experience with King, the 21-year-old gave himself a fantastic chance of progress on his debut. 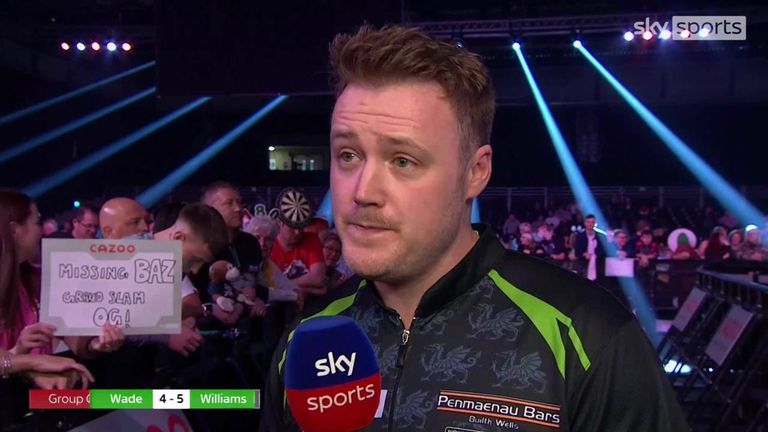 Williams forged an early 4-2 lead after Wade’s brilliant 100 finish set the early tone for a high standard. In trademark Wade fashion, The Machine fought back to take the match the distance where the Welshman broke throw to cause an early surprise.

Don’t miss a dart from the Grand Slam of Darts which continues on Sunday with two sessions of action from Wolverhampton’s Aldersley Leisure Village – join us from 1pm on Sky Sports Arena.