Coverage of the Grand Slam of Darts continues on Sky Sports Arena on Saturday from 7pm – Fallon Sherrock headlines the night against Peter Wright, with Michael van Gerwen taking on Michael Smith

Gerwyn Price vowed to get angrier in his pursuit of a third Grand Slam of Darts title in four years as a see-saw 16-12 victory over Jonny Clayton took him into a semi-final showdown with James Wade.

Clayton had accounted for his World Cup winner team-mate and good friend in each of the last two televised tournaments, but Price was too good as he looks to add to the two Grand Slam titles he won at the Aldersley Leisure Village in 2018 and 2019.

Trademark roars and fist-pumping – along with huge averages and big finishes – were the hallmark of a thriller against his good friend, who will not add to his four televised titles this year, as the pair embraced at the end of a high-class affair.

World No 4, and three-time Grand Slam runner-up Wade is up next after a 16-14 win over Rob Cross – and ‘The Machine’ can point to a perfect record in semi-finals at the event, which should make for a thrilling Sunday afternoon showdown.

Clayton has beaten Price on his way to winning titles at both the World Series of Darts Finals and World Grand Prix, but after a see-saw, nail-biting contest, the world champion and world No 1 took a slice of revenge.

Four legs on the bounce from 12-12 eventually saw Price across the finish as he weathered a barnstorming comeback from Clayton, who trailed 5-1 early on after a slow start. 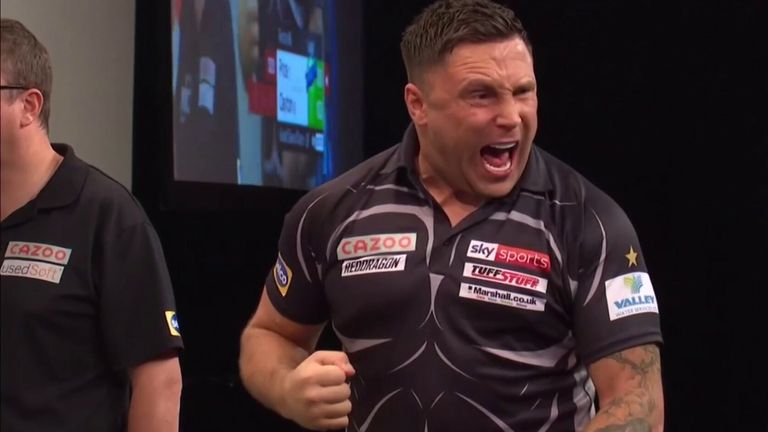 A relentless Iceman powered on, taking the last leg of the first session and then with seven perfect darts, he moved four legs clear before Clayton began his comeback with a brilliant 126 finish after his opponent had missed darts for a five-leg lead.

The pair split the next two as a classy Clayton 11-darter gave him a break of throw and a chance to draw within two and a 6-4 deficit at the second break. 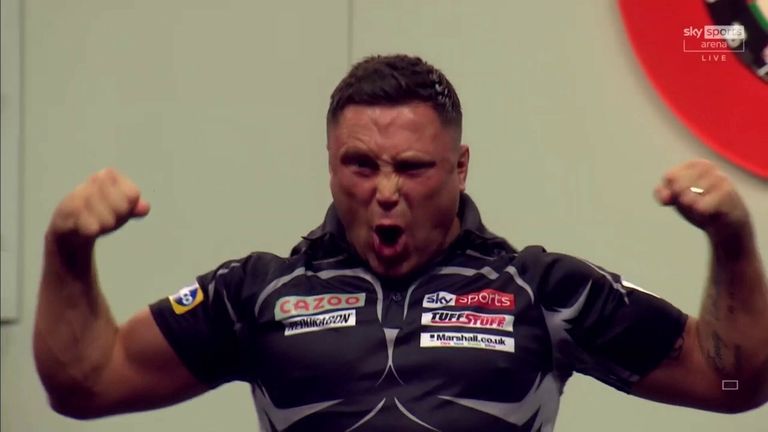 Two more followed from The Ferret as the ebb and flow continued. Price’s sky-high average began to tumble as Clayton’s rose. A brilliant 110 checkout allowed Price to keep his nose in front, despite the crowd booing the two-time champion.

When Clayton missed two to lead, Price sunk an important double 10 and followed up with a muscle-flexing celebration.

The Ferret threw seven perfect darts of his own, but Price pinched the leg for a three-leg advantage, however, if the world No 1 thought he had shaken off his rival, it was not the case.

Clayton took his chance to level the match for the first time since the 14th leg. First taking out 64 after Price made a mess of 93 and then mopping up a 14-dart hold of throw for 12-12.

But from there Price powered across the line, a 14-dart leg, two 15-darters and a 16-dart leg saw him claim the final four legs and his place in the semi-finals thanks to double top, which saw the pair embrace after a hugely entertaining affair.

Wade reached the final in 2010, 2016 and 2020 and he remains on course to go one better than his runner-up trophies after a tight tussle with Cross that eventually saw him into a fourth Grand Slam semi-final. 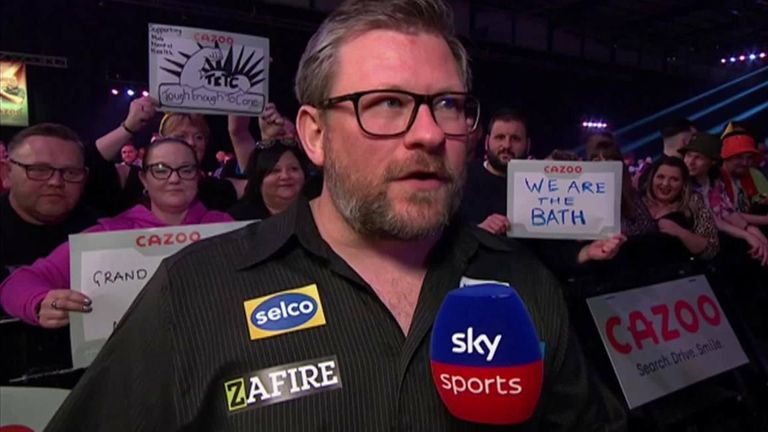 The pair met on Monday in a group-stage cracker that Wade needed to win – and did – and with a semi-final place on the line, it was a must-win encounter for both, and there was little to separate the pair throughout.

A high-class start had both men averaging more than 100, but Cross more clinical with his finishing as he moved into a 4-3 advantage before Wade struck a trademark blow.

With Voltage staring at 41 for a 5-3 lead, Wade took out a brilliant 150 to level the contest and there was nothing between them until Wade pounced for the first break of throw after Cross missed double 18. 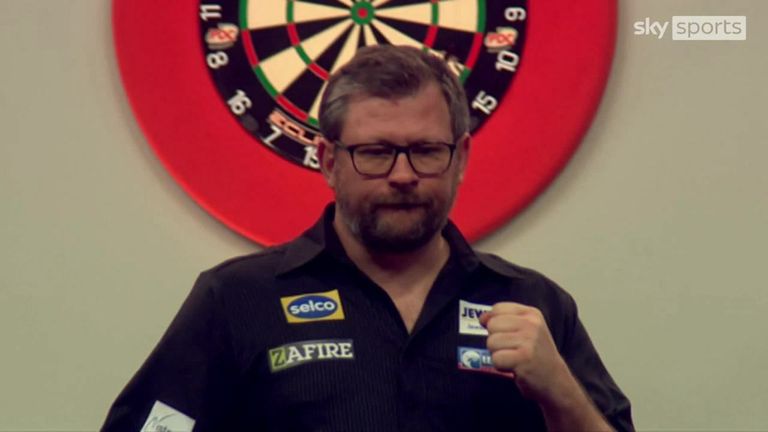 In what proved to be a decisive run, Wade consolidated the break and added a second for an 85 lead before reeling off two more legs to lead 8-5 after a five-leg burst that featured two breaks of throw.

Wade returned from the break to edge the fourth mini session and extend his advantage to four legs and stand within the same number of a place in the last four and while a dogged Cross chipped away, he was never able to get closer than one leg. 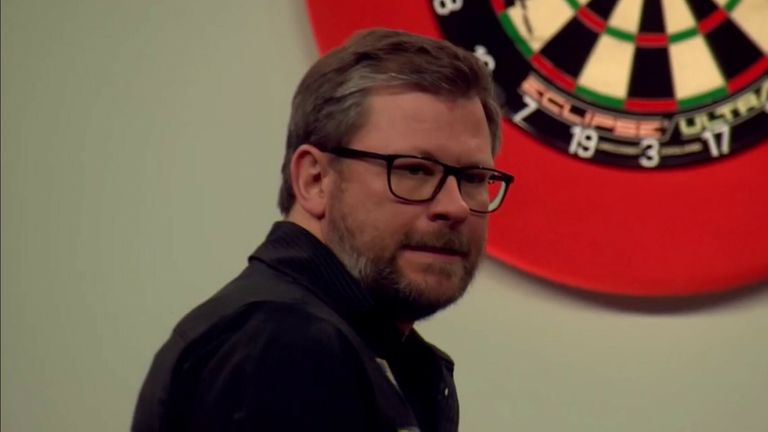 A snapped point couldn’t derail Wade, who upped the ante amid a barrage of maximum 180s that drew him to within two for the first time since the 12th leg but that was to be his only break of throw after Wade missed two darts at double 11.

Cross closed to within one with a clinical two-dart 70 but as he has done throughout his career, Wade responded. A nerveless 148 halted his opponent’s run of three legs and the pair split the final four legs which was enough to give The Machine victory.

Don’t miss a dart from the Grand Slam of Darts which continues all from 7pm on Sky Sports Arena this Saturday night. Check out daily Darts news on skysports.com/darts, our app for mobile devices and our Twitter account @skysportsdarts