Max Homa won the Fortinet Championship a week after he decided to stop co-hosting the Get A Grip podcast as it “wasn’t healthy” for him”; watch the Ryder Cup on Sky Sports, with the Day 1 Foursomes beginning at 1pm on Friday 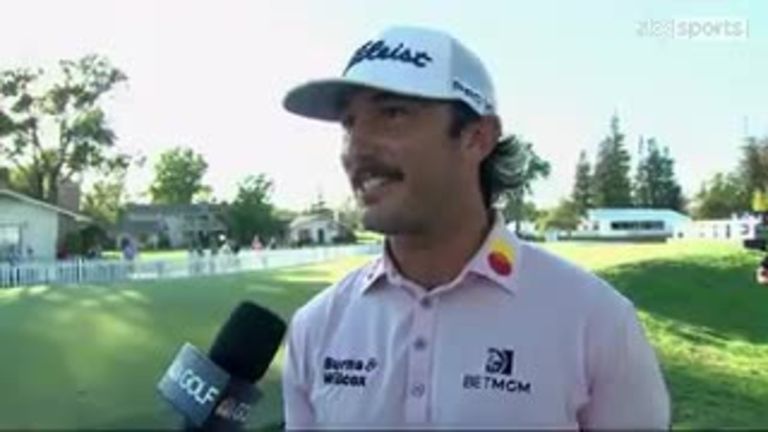 Max Homa’s decision to end his golf podcast to concentrate on his game is already paying off after he won the Fortinet Championship by a single shot.

Homa shot a fourth-round 65 to claim the third PGA Tour title of his career.

His latest victory came a week after he decided to stop the Get A Grip podcast he co-hosted with Shane Bacon for nearly two years.

“I felt like it wasn’t healthy for me,” he said.

“I love doing it but at some point it was not doing my any favours having to regurgitate all the bad things that happened. My game is getting to the point where it could be really good.”

The American went into the final round with a share of third place and picked up three shots before the turn in Napa.

A bogey on the 10th was the only blemish, but he then picked up an eagle on the 12th and three more shots for seven under on the round and 19 under for the tournament.

Maverick McNealy, who had a share of the lead after 54 holes, carded a 68 on Sunday to finish on 18 under in second place, while Chile’s Mito Pereira was two further back in third.

McNealy’s joint leader coming into the final round, Jim Knous, faded in his final round with a 74 moving him into a tie for 11th.

Scotland’s Russell Knox was tied for 58th on three under after a final round of 74 and Englishman David Skinns finished even par after a 73.