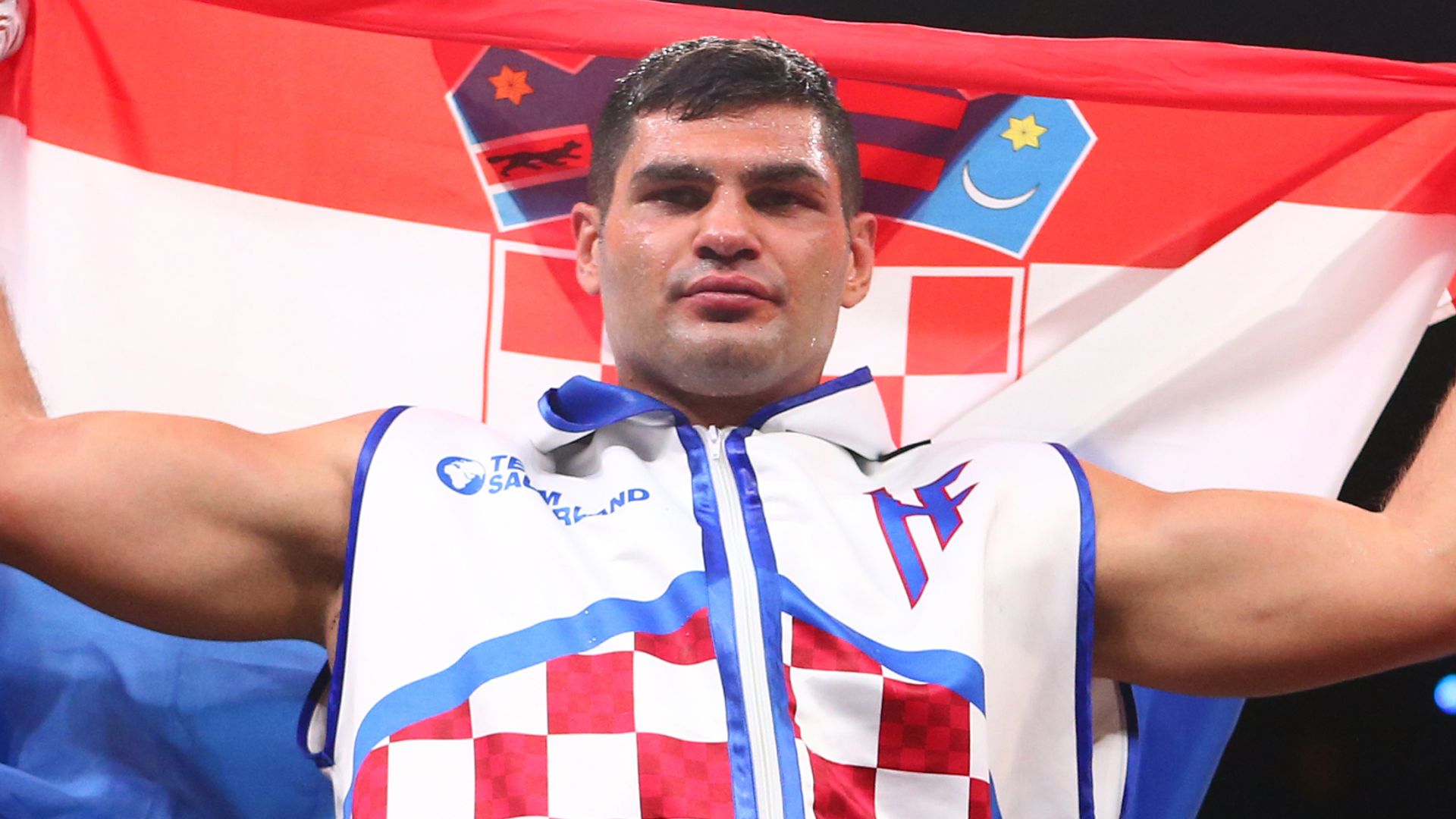 Filip Hrgovic dominated Marko Radonjic by flooring him five times inside the first three rounds on Friday night in Austria.

The looming threat in the heavyweight division had been in talks to face Michael Hunter in an IBF eliminator to decide a mandatory challenger to the title held by Anthony Joshua, but was instead forced to rack up another swift KO.

Hrgovic’s right hand sent Radonjic crashing to the canvas early in the second round.

Then the 2016 Olympic bronze medallist let a flurry of shots go which had his rival down again.

Radonjic bravely rose up but was flattened again by Hrgovic’s accurate right hand.

Radonjic was still allowed to continue but Hrgovic, in cruise control, whacked him with a body shot causing a fourth knock-down in a single round.

In the third round, Hrgovic landed a right hand and a body shot combo which put Radonjic on the floor for a fifth time.

Remarkably Radonjic was determined to battle on and he escaped the third round but, when he emerged for the fourth, the referee would not let him carry on.

Croatia’s Hrgovic is undefeated in 13 fights, with 11 KOs, and remains the No 3-ranked contender with the IBF.