Evander Holyfield has admitted to taking a chance by returning to the boxing ring at the age of 58 on Saturday.

The legend will fight Vitor Belfort, an MMA icon, in Florida in a comeback fight after a decade retired.

Holyfield said: “We say: ‘If you don’t quit it will be alright’. Then you get older and start quitting. You stop taking care of yourself.

“I was young at one point and didn’t have bad habits.

“They say: ‘You’re taking a chance’. But you will never be successful in life if you don’t take any chances.

“I realised that I was in good shape. If I don’t get out of shape, I don’t have to worry.

“If I was fighting in MMA, I would be in trouble. He’s boxing – he’s in trouble.”

Holyfield and David Haye, who ends his retirement to fight Joe Fournier on the undercard, are the only two boxers ever to win cruiserweight and heavyweight world titles.

Holyfield had a brilliant 57-fight career featuring two meetings with Lennox Lewis and two with Mike Tyson (the rematch will forever be notorious because Tyson was disqualified for biting off a chunk of Holyfield’s ear).

Holyfield is replacing Oscar De La Hoya, who is 48, at a week’s notice for this comeback. 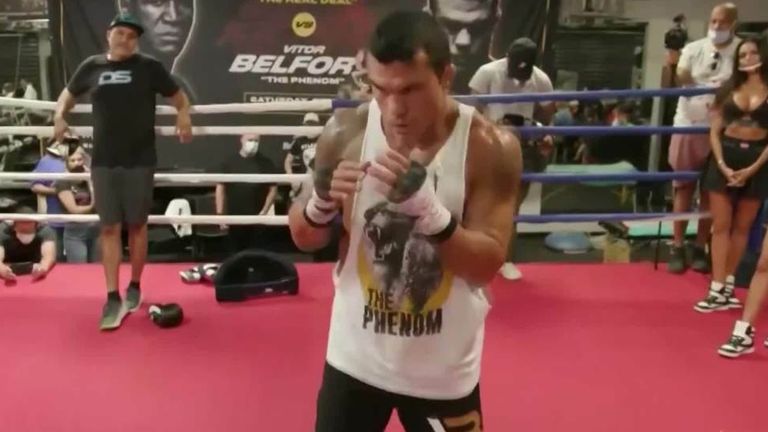 The opponent Belfort, 44, is an all-time MMA great whose only previous boxing experience was a single bout 15 years ago.

Belfort said about his change in opponent: “I was upgraded from business class to first class. Evander is a first-class heavyweight.

“This is a huge opportunity. It’s a legendary fight.

“We are merging two sports with legendary names. We have built our sports.”

Holyfield vs Belfort and Haye vs Fournier will receive special commentary from Donald Trump, the former US president, and his son Donald Trump Jr. 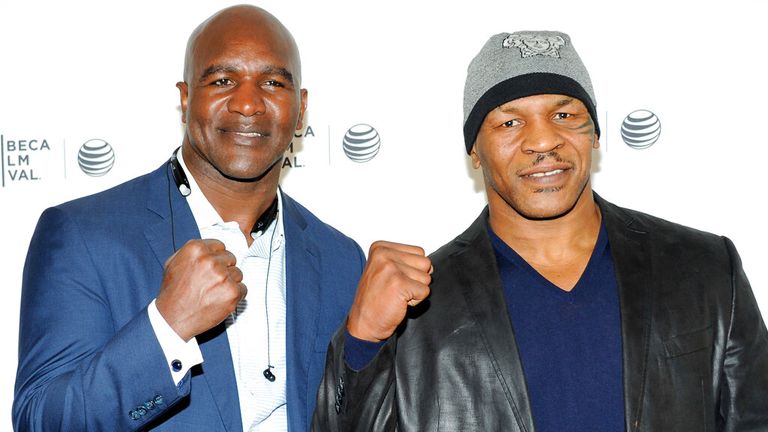