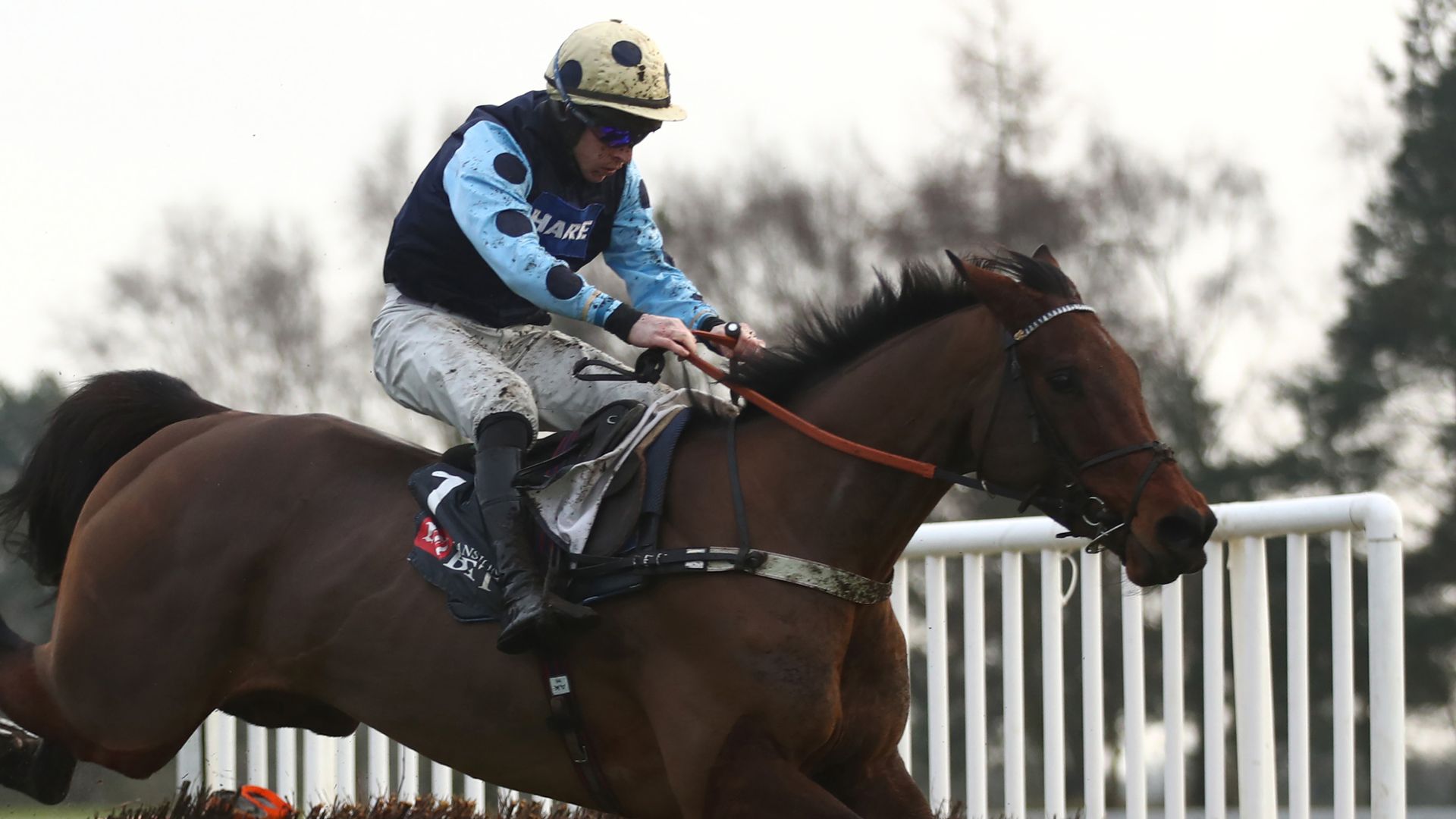 Edwardstone put the record straight, after being brought down 12 days earlier, when landing the odds in the Highflyer Bloodstock Novices’ Chase at Warwick.

Alan King’s seven-year-old was taken down by For Pleasure over this two miles earlier this month, but there was no repeat this time as both horses got round and Edwardstone showed his potential with a pleasing display.

For Pleasure served up his usual front-running tactics but Edwardstone had him in his sights before going on at the second-last obstacle.

Stepney Causeway looked the only danger to the 4-6 favourite but he was brushed aside as Edwardstone, ridden by Tom Cannon, crossed the line seven lengths to the good.

It was the first time in three attempts Edwardstone had put in a clear round over the bigger obstacles as he unseated his rider when favourite on his fencing debut at Doncaster in December, after which he went back hurdling for the rest of last season.

“I was relieved to get him round – I’m really delighted. He jumped away super and it was just what we wanted,” said King.

“I wanted to get today done with and see. He’s had two fairly quick races. I know he didn’t get round last time but that was still his second run in 12 days.

“I’ll get him home and have a re-think. I haven’t got an obvious plan just at the moment. It could possibly be Kempton at Christmas or something like that. We’ll see.

“The important thing is he got round today and won well.”

Dan Skelton is just one away from a career landmark of 1,000 winners after completing a double with Hartur D’Oudairies and West Balboa, both ridden by his brother, Harry.

The four-year-old, wearing the JP McManus colours, travelled well throughout before hitting the front after jumping the last. The 4-5 favourite pulled away with the minimum of fuss to score by four and a quarter lengths from Robelli.

“He’s a big, beautiful horse and is only four, so he wants plenty of time. You can see he’s got all of the ingredients and went through the race beautifully – I’m proud of him as he didn’t pull and he had the chance to get keen if he wanted.

“I think we’ve just got to look after him, he’s only five this time next year and I think we’re only just starting to see it with him to be honest – there’s lots of potential there.

“I think we’ll go out under a penalty in December, have his flu vaccine over Christmas and then pick and choose in the spring. I’ll have to talk to the team and see where we end up. We’re going to go steady in the short term and work out the spring when we arrive there.”

West Balboa won at the first time of asking for the Skelton team when comfortably landing the Amy Towers Memorial Mares’ Novices’ Hurdle on her rules debut.

The 2-1 shot led two out and steadily drew clear to beat Queens River, the 8-11 favourite, by 17 lengths.

“She’s a really nice mare and I’ve always really liked her ever since she arrived. I’m not sure what I’ll do next, but I don’t want to aim for the Jane Seymour at Sandown Park because that’s a really tough track and I don’t want to go there.

“She’s good and I’ve got high hopes for her, she won’t go further than two and a half this year I wouldn’t think. but she’s a proper horse.”

Paddy Brennan bided his time on the Fergal O’Brien-trained 12-year-old before bringing him to challenge the leaders in the straight.

He got the better of a tussle with Fagan to score by three-quarters of a length on his first start since he finished third in the Midlands Grand National at Uttoxeter in March.