Mendy was absent for Sunday’s 3-0 win over Tottenham due to a knock he sustained last week against Zenit St Petersburg.

Kepa Arrizabalaga deputised and kept a clean sheet at Spurs, but Tuchel remains uncertain on who will take the gloves on Saturday.

Tuchel said: “We’ll try and do everything for Saturday and to reintegrate him tomorrow in individual training and hopefully Thursday for team training. But not yet.

“I think it’s possible [against Man City] but it’s a race against pain and time, so let’s see. If team training goes well he can be ready for Saturday, but I don’t know right now.”

FREE TO WATCH: Highlights from Chelsea’s win over Tottenham in the Premier League

Tuchel said there will be some changes for the cup game with Villa, stressing it is an “opportunity to give important minutes in an important competition to guys who are missing minutes at the moment”.

Ruben Loftus-Cheek is among those in line to start at Stamford Bridge. “We gave him some minutes against Zenit, that was a close game in our Champions League opener,” Tuchel said. “That was not a gift, he deserved it.

“I trust him because I see how he works. He accepts the situation and what he makes of it is very good in training on a daily basis. Tomorrow there’s a big chance he can show it on the pitch.”

Asked if Saul Niguez could feature as well, Tuchel added: “Now we’re getting close to the line-up!

“Of course we want to give Saul some minutes. The guys want to have minutes, to show and impress, to keep on pushing. We need some players to have more competitive minutes.

“We want to have a competitive team and use the opportunity to push some guys and trust them in a cup match like tomorrow. Saul is also one of them.”

Timo Werner has started Chelsea’s last five matches on the bench, but after an impressive cameo against Spurs supporting Romelu Lukaku, Tuchel believes the forward is improving all the time after a disappointing Euro 2020 where he was unable to score as Germany exited to England at the last-16 stage.

Tuchel said: “He can play with Romelu [Lukaku], that is sure, he did very well at Tottenham the last 25-30 minutes. That gave us a clear impression of how dangerous these two can be together. 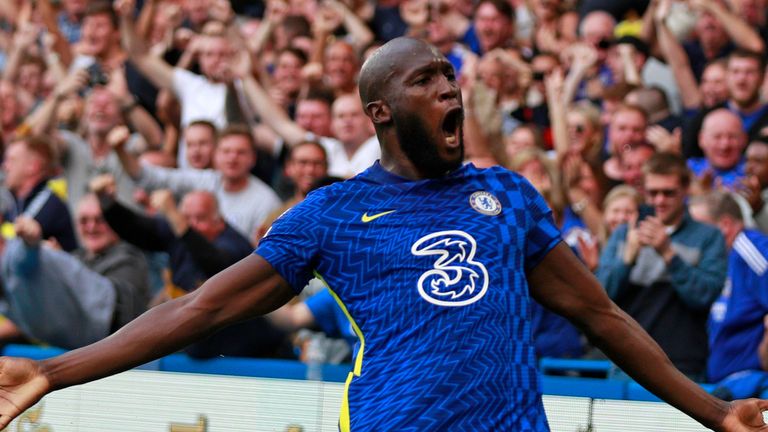 “There was some disappointment to brush off his shoulders from the Euros during the summer, and from the first games I think he was not happy with the performances. We were not absolutely happy because we know he can be much more dangerous and more of an attacking threat than he was.

“The stuff you don’t see, in training sessions he’s more relaxed, more fluid in his movement with more confidence. That’s why we put him on early against Tottenham because we saw this development. There are clear signs he is on a good way. I hope he can show and prove it tomorrow.”