Rookie quarterback Davis Mills is in line to make his first professional start for the Houston Texans in Week Three following Tyrod Taylor’s hamstring injury suffered against the Cleveland Browns on Sunday.

Deshaun Watson will not be making a return to action for the Houston Texans this after it was reported starting quarterback Tyrod Taylor would miss Thursday’s matchup with the Carolina Panthers.

Texans coach David Culley said Monday that even if Taylor is sidelined because of a left hamstring injury, former franchise and All-Pro QB Watson will stay on the inactive list – just as he has been the first two weeks of the season.

Taylor was slated to undergo an MRI exam on Monday. NFL Network reported he has already been ruled out for Thursday’s game, saying later Monday he would likely miss multiple weeks with the injury. The Houston Chronicle also reported Taylor could miss four weeks of action.

The Texans are not playing Watson as they await the findings of a criminal and NFL investigation into allegations of sexual harassment and assault made against him by more than 20 women.

Watson asked for a trade earlier this year, and the Texans are reportedly looking for a package of players and high draft picks in return.

Culley had been holding out hope that Taylor, who sustained the injury in Sunday’s 31-21 loss to the Cleveland Browns, can play when the Texans (1-1) host the Panthers (2-0).

He replaced Taylor, 32, after the veteran was injured when he scrambled to score a 15-yard touchdown with 7:06 left in the second quarter that gave the Texans a 14-7 lead. He played the next series, then was replaced by Mills, a third-round draft pick from Stanford.

Before leaving, Taylor was effective, completing 10 of 11 passes for 125 yards and a touchdown. On the season, he has completed 70.5 per cent of his passes for 416 yards and three TDs and is yet to throw an interception. 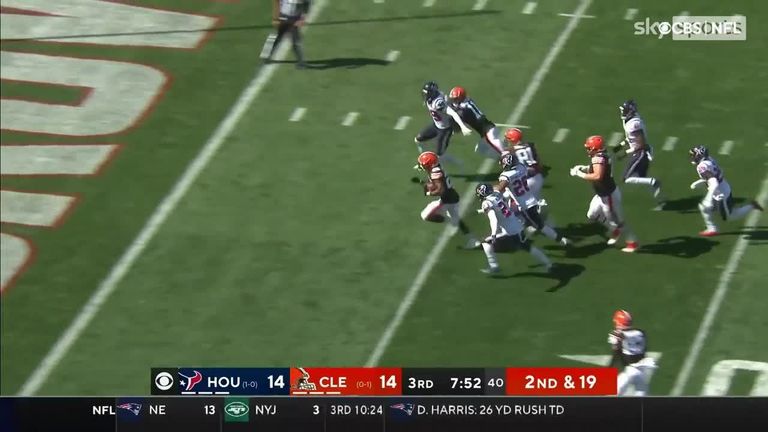 Mills was eight of 18 passing for 102 yards, one touchdown and an interception.

“We’re not sure if they are going to be available this week,” he said. “I do know with Nico, it was pretty significant what he got. We’re gonna take it day-to-day.”