Mark Weir recalls the moment he put MMA on the map in Britain, slaying Eugene Jackson at the Brawl at the Hall with a KO blow just 10 seconds into their UFC middleweight fight.

“I remember going out there and thinking, ‘I’ve got to make a statement. I’ve been waiting for this and I deserve this’. I remember hearing the (cage) door shut and thinking to myself, ‘now’s the time I can show my skills’.

“I knew I was going to throw the hook kick straight away. The reason for that, I realised his hands were up. I didn’t really want to use my hands because he was so powerful and I didn’t want him hitting me first, so I used my legs and it was the safest option.

“I thought it was going to knock him back and make him respect me, but I didn’t realise it would be like that.”

UFC 38 proved to be a landmark occasion for the West Country fighter. The man known as ‘The Wizard’ had not only proved a trailblazer for Black British fighters but more importantly he gave hope to young talent hoping to make a career in the cage. 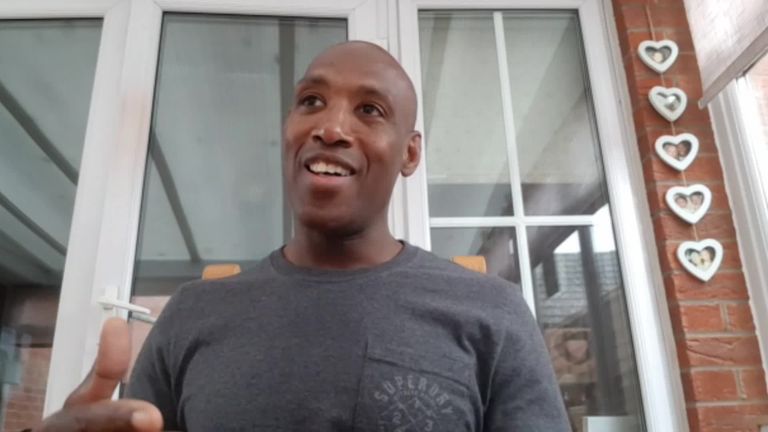 Weir had trained in judo and boxing before switching to taekwondo in which he became a black belt in 1988.

It was around this time when Weir felt discrimination and prejudice in a sport at which he excelled better than anyone else.

He would go on to win two world titles as well as become the youngest fighter to ever claim a world championship, but memories of being overlooked darken Weir’s greatest triumphs even today.

“I’m 54 now and I went through a lot of ups and downs,” Weir recalled. “Taekwondo was traditional in the fact there was no money involved and you can pick and choose who you want in the team.

“I had to beat three top champions in my weight division and basically show them that I was leagues above. I had no problem with them, but the only thing I experienced badly was when I won the world championship. Me and Tommy Sewell were the first ever in the UK to win at the world championships, but after we won it again they decided to put me in the B-Team.

“People were shocked and it was horrible to see one of my closest friends, whose mum would turn up and bring sandwiches to me, being put in the A-Team.

“I remember the guy, his name was Mike, coming over and telling me he was going to say something, but I said ‘don’t, just leave it’. 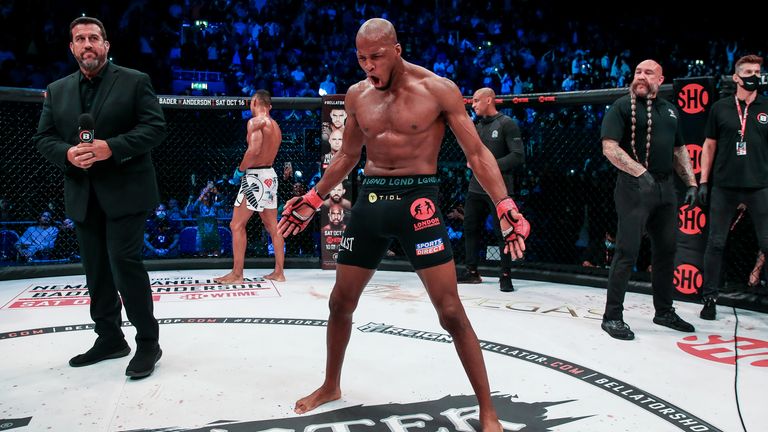 Weir says that Bellator’s Michael ‘Venom’ Page is a role model for young, black fighters, in and out of the MMA cage

Weir said he was “welcomed” to the family when he moved into MMA and he quickly excelled at it to a point where he was fighting in major UFC bouts in Las Vegas and Miami.

Hanging out with light heavyweight champion Chuck Liddell helped Weir settle into UFC quicker than a lot of other fighters.

“I went with him everywhere, he paid for my meals and he put me up. He was a UFC golden boy,” said Weir.

But it was his sensational victory over ‘The Wolf’ Jackson at The Royal Albert Hall in London which helped Weir become an MMA superstar.

Speaking to Dana White after his famous win, Weir remembered the words of advice the UFC President gave to him.

“All these top guys were suddenly honouring me. It was like another level. I was a superstar in a superstar’s eyes. I might not get the rewards financially, but the recognition. Every time UFC comes over here, they always show my quick knockout. It’s nice. My kids are proud of me.

“Twenty years on and I’m still being spoken about. People look me up and realise, ‘wow, he was a pioneer, look what he did. He made people turn heads for British fighters’.

“Being the first Black British fighter with the best debut, and getting the quickest knockout helped consolidate my status for the next 20 or 30 years. It has helped immortalise me, even in a small way, because the sport is so big now.”