Englishman David Skinns, a PGA Tour rookie at the age of 39, opens with back-to-back 67s in Butterfield Bermuda Championship; Taylor Pendrith sets new course record with 10-under 61 in second round to lead; watch the third round live on Sky Sports Golf from 6pm on Saturday 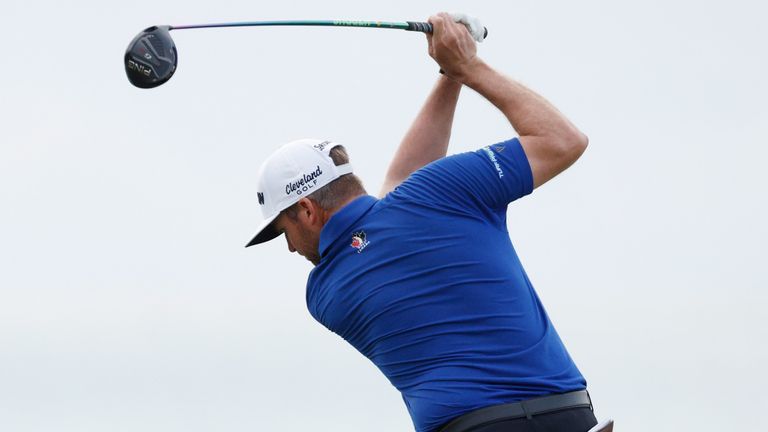 Englishman David Skinns is just three shots off the lead at the halfway stage of the Butterfield Bermuda Championship.

Skinns, a PGA Tour rookie at the age of 39, carded a second successive 67 at Port Royal Golf Course in Southampton to move to eight under after the second round.

He is tied for fourth with New Zealand’s Danny Lee (67), with Canadian Taylor Pendrith leading the way on 11 under after setting a new course record with a 10-under 61.

Patrick Rodgers held the lead for much of the day on 10 under following a 64, until Pendrith overtook him, while his fellow American Vincent Whaley (67) is in third place on nine under.

Skinns, who comes from Lincolnshire, is a veteran of the mini tours in the United States and earned his PGA Tour card for this season by winning the final event of the second-tier Korn Ferry Tour in August.

Englishman David Skinns is a rookie on the PGA Tour at the age of 39 after a long golfing journey from Lincoln.

“I’m feeling pretty comfortable,” he said after a round containing seven birdies and three bogeys. “That’s half the battle out here, feel ordinary.

“I’m sure Tiger Woods felt every single movement was ordinary to him because he’s seen everything.

“That’s kind of where we all want to get to. We want to be in those moments, but have them feel like you’ve been there before. We go week by week.”

Pendrith, 30, is the only player from his side of the draw to make an impact at the top of the leaderboard after they endured the worst of the conditions on Thursday.

But, after opening up with a battling 70, he made the most of the lighter winds with some exceptional golf in the second round.

After starting on the 10th, Pendrith birdied the 11th, 12th and 14th either side of his sole bogey at the 13th. An eagle at the 17th ignited his round further before he went on a birdie blitz with five on the trot from the 10th.

Yet another birdie at the seventh gave him a sniff of a 59, but he missed birdie putts at both holes as he settled for a career-low 61.

Skinns is an unlikely leader of the European challenge, with Swedish amateur Ludvig Aberg (68) a surprise next best on six under.

Irishman Seamus Power (70), Graeme McDowell of Northern Ireland (67), Italian Guido Migliozzi (65) and Austria’s Matthias Schwab (63) are all on five under.

Englishman Matt Fitzpatrick is three under after an eventful finish to his 68 which saw him eagle the 17th before double-bogeying the 18th when he putted off the green and down a slope when attempting a long birdie putt. 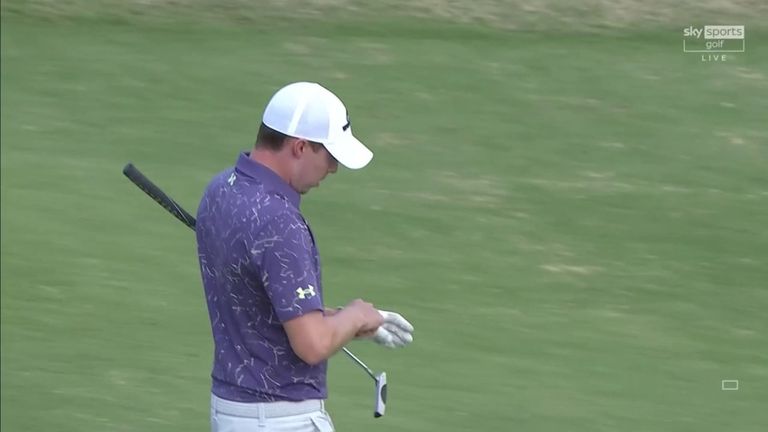 Former Masters champion Patrick Reed is five under after a 69, alongside Brandon Hagy (72) who struggled after sharing the first-round lead with Chad Ramey, who is just one shot better off following a 71.

The cut came at level par, with Danny Willett among those to miss out after he could only add a 72 to his opening 75. 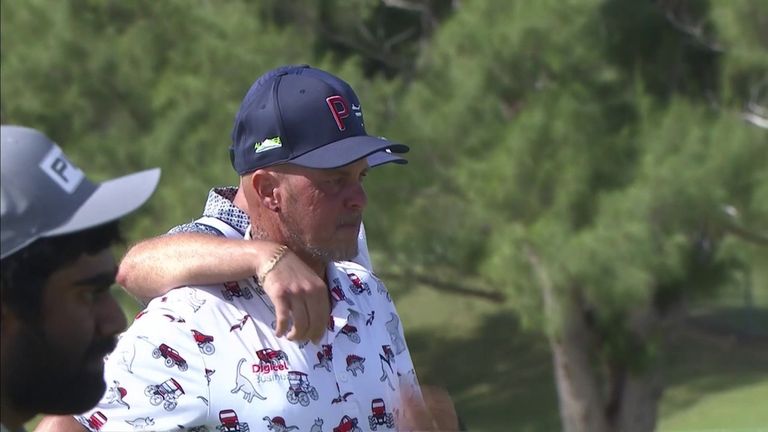 Brian Morris salutes the crowd as he completes his second round at the Bermuda Championship, the 54-year-old, who has terminal cancer, living his dream of playing in a PGA Tour event

Brian Morris salutes the crowd as he completes his second round at the Bermuda Championship, the 54-year-old, who has terminal cancer, living his dream of playing in a PGA Tour event

Local PGA professional Brian Morris, who has terminal cancer and was playing on a sponsor exemption, finished on 39 over after rounds of 89 and 92 but said he would never forget the experience.

Watch the Bermuda Championship over the weekend live on Sky Sports. Live coverage continues on Saturday from 6pm on Sky Sports Golf.