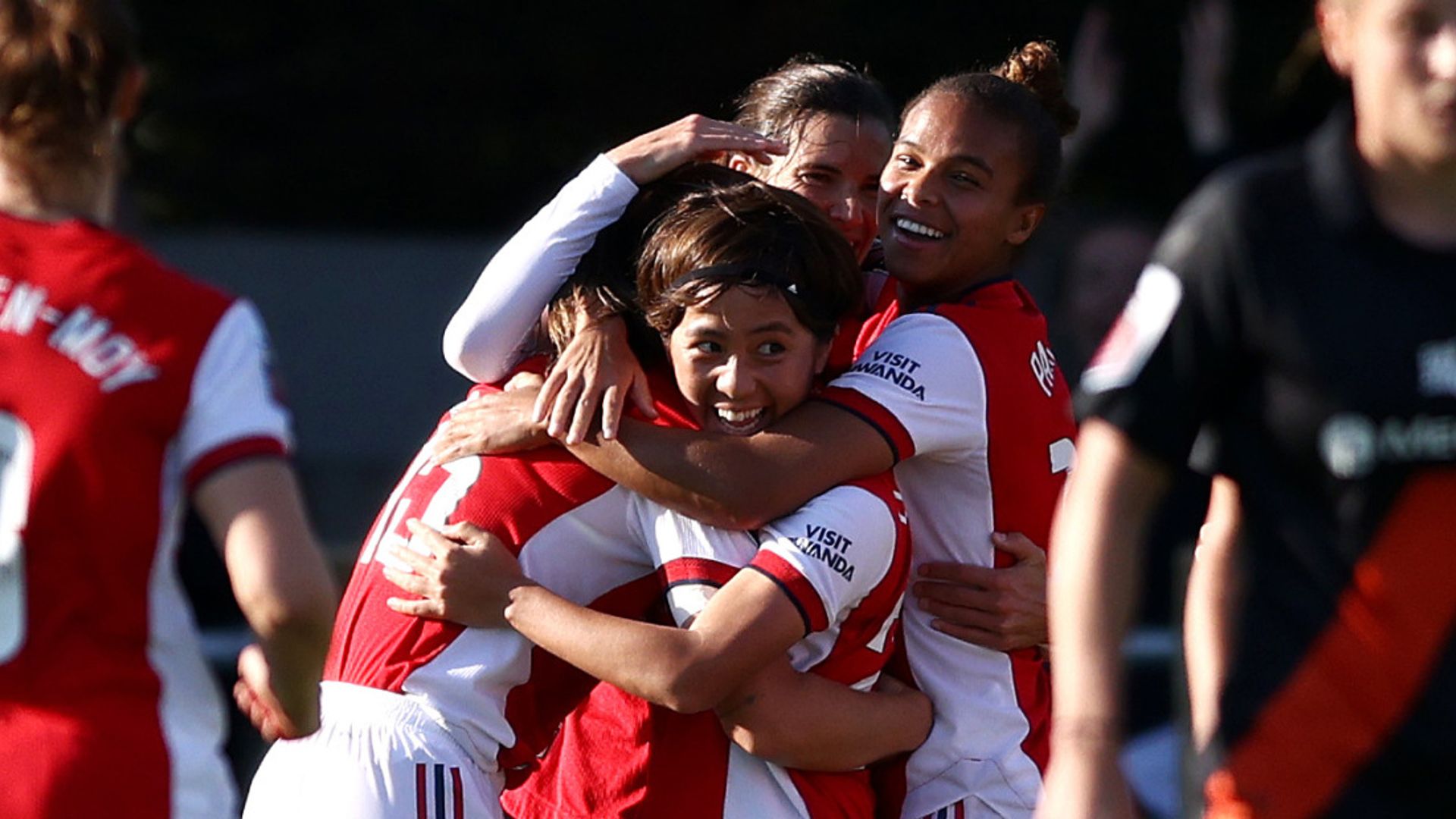 WSL leaders Arsenal Women shook off their Champions League hangover with a comprehensive 3-0 victory over Everton to keep up their perfect start to the league campaign.

“They were slightly flat coming off the back of the Champions League but managed to produce a professional performance,” said Sky Sports’ Karen Carney after a game where the Gunners rarely needed to get out of second gear to coast to victory and put their 4-1 hammering by Barcelona in midweek behind them.

Sandy MacIver had been relatively untroubled in the Everton goal before Katie McCabe’s half-volley stunner looped over her for the opener just after the half-hour, before she was nutmegged by Lotte Wubben-Moy from a corner (41) as Arsenal built up a comfortable lead before the break.

The hosts looked more dangerous after half-time and had various chances to add to their lead before Frida Maanum powered past MacIver from 20 yards four minutes from time to earn a fifth win from five games, as the Gunners restored their three-point lead at the top of the WSL.

Arsenal Women host Hoffenheim in their next Women’s Champions League game on Thursday; kick-off at 8pm.

Everton travel to Manchester City in their first WSL Cup game of the season on Wednesday night; kick-off at 7pm.